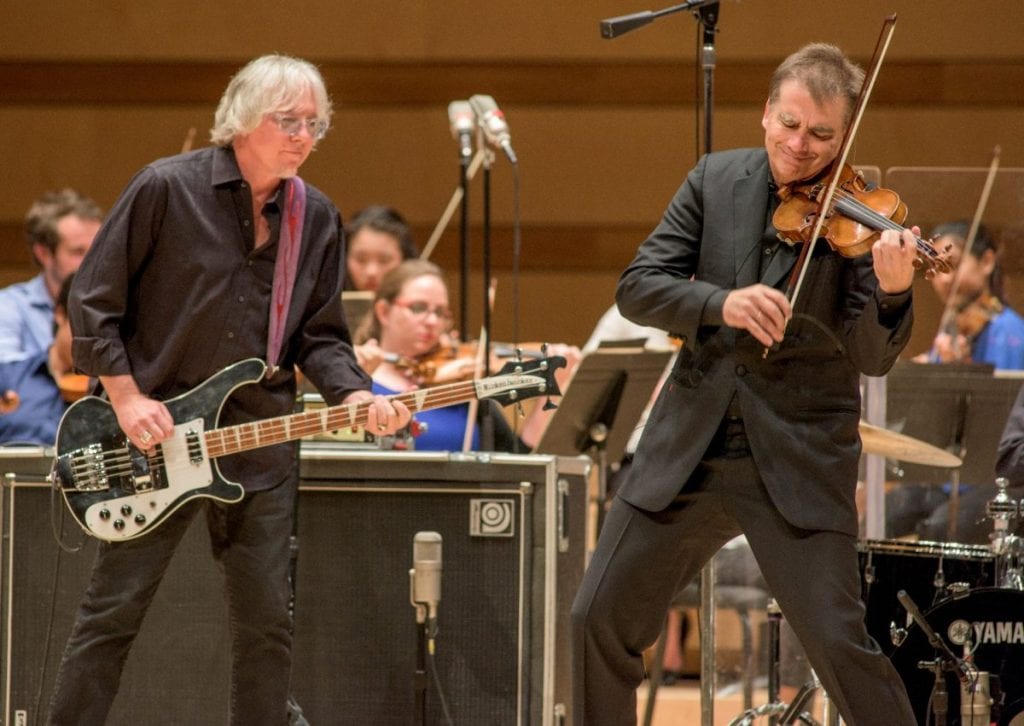 Mike Mills, the bassist, songwriter and co-vocalist from the iconic band R.E.M., will skillfully blend rock and classical music with his Concerto for Violin, Rock Band and String Orchestra Friday, Oct. 21 at 8 p.m. at Mahaffey Theatre.

“It’s rock ‘n’ roll music, but it’s played by a classical violin and a string section,” explain Mills. “One thing we’re trying to do is show people that the walls between these genres of music are not quite as high as they think they are.”

Commissioned by McDuffie, his boyhood friend from Macon, Ga., Mills wrote his genre-bending concerto in six movements: Pour it Like You Mean It, On the Okefenokee, Sonny Side Up, Stardancers’ Waltz, Nightswimming and You Can Go Home Again.

The program will also include Symphony No. 3 by Philip Glass, and John Adams’ Road Movies.  Tickets may be purchased online at themahaffey.com, charge by phone at 727.893.7832 or in person at The Mahaffey Theater Box Office.