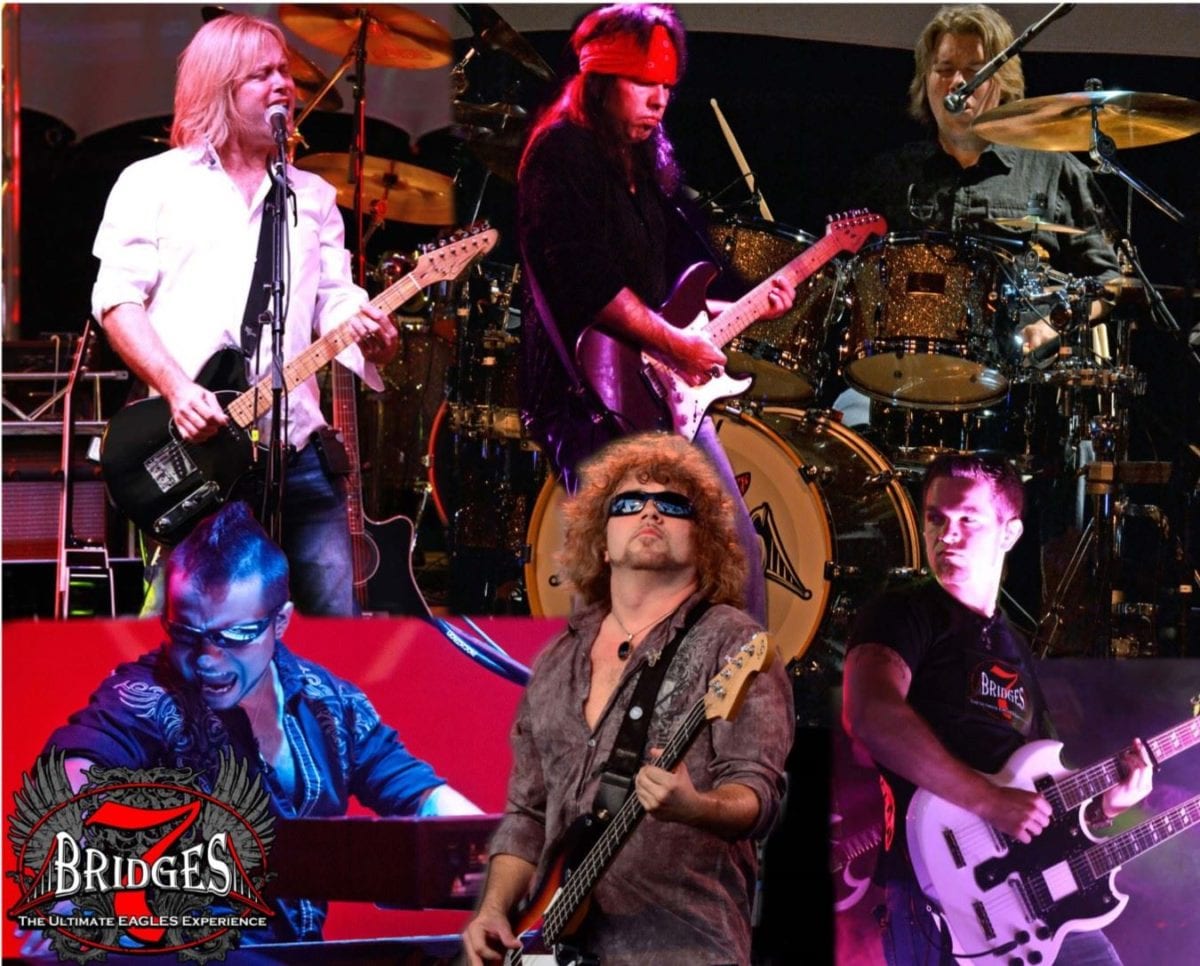 Experience The Eagles once again as this tribute band brings what’s been hailed a stunningly accurate tribute to one of the most successful 70s rock groups this Saturday, July 6 at 8 p.m. Hear your favorite Eagles tunes and solo hits from Don Henley and Joe Walsh is in the mix, too. The 7 Bridges Eagle Tribute will be held at Pinellas Park Performing Arts Center.

“When people come, they know they’re going to hear an exact replica of an Eagles concert,” Manning says.

Audiences will hear all the hits Sunday night at Long’s Park. Because the band has so many recognizable songs, filling a set is easy, Manning says. The band doesn’t venture too far into the solo albums of the members, besides “Life’s Been Good” by Joe Walsh and occasionally “The Heart of the Matter” by Don Henley.

“It’s fantastic. … It puts you in a happy place no matter what,” Manning says.

Manning says the band takes entertaining and crowd engagement seriously, too. As the group’s Glenn Frey, he takes the lead as emcee. He also says audiences likely will notice that the band’s having a great time performing the songs, too.

“With the Eagles, it’s easy to do that because the music is so good,” Manning says. “You’re not locked into one genre of music. There’s multiple genres, and it appeals to multiple age groups. … With the Eagles show, there’s something for everybody.”

For more information, click here. For more entertainment in the Tampa Bay area check out Let’s Hang on Musical Tribute to the 60’s.