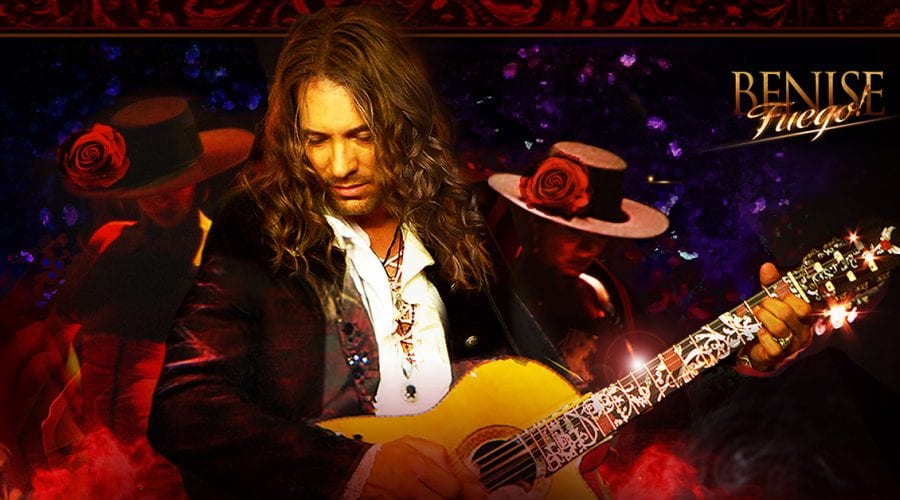 Get tickets now Benise – Fuego! one of the hottest acts to take the stage as this talented musician brings his powerful and romantic Spanish guitar compositions to the stage at St. Pete’s Mahaffey Theater. From mesmerizing chords and dazzling costume to passionate dance featuring everything from Spanish Flamenco and Cuban Salsa to Brazilian Samba and Parisian Waltz, this show promises to live up to its fiery name. Benise – Fuego! will be held on Friday, October 11 at 8 p.m.

It will be one hot night as Benise, “The Prince of Spanish Guitar,” and his Emmy Award-winning production comes to St Pete. Armed with his Spanish guitar, Benise will take the audience on an unprecedented and epic adventure through Spanish Flamenco, Cuban Salsa, Brazilian Samba, Parisian Waltz, exotic drumming, and more.

For Benise, music has always been a journey. From his humble beginnings as a street performer, to being featured on the #1 rated show in the USA–Dancing With The Stars-and performing around the world.

“I wanted to push the boundaries of Nuevo Flamenco/Spanish guitar while combining the elements of dance and theater. This show is a celebration of all the shows we’ve done over the last 15 years,” comments composer, virtuoso guitarist and creative force behind the event, Benise.