Bucs Try to Turn Defense Around Against Cleveland

Bucs Plan to Turn Around Defense Against Cleveland Browns

Three straight losses and a defense that has failed to perform well in any of its five outings led to the firing of Tampa Bay Buccaneers defensive coordinator Mike Smith this week.  Bucs strategy is  to turn around defense this week.

While the hammer fell on one person, head coach Dirk Koetter said there is plenty of blame to go around for the defensive failings this year.

“The issues we have had as a team are never one person’s fault,” Koetter said. “During good times, as well as the bad, it is a collective effort between the coaches and the players. We all understand that this is a result-based profession and our results to this point have not met our standards.”

The Bucs will look to turn around defense and their fate this week against the Cleveland Browns with Mark Duffner now calling the defensive signals. Duffner, who was formerly in charge of Tampa’s linebackers, is in his third season with the Buccaneers coaching staff and 22nd overall in the NFL.

Duffner said his defensive philosophy can be summarized in one word: Aggressive.

“I believe our approach has always been [to] play defense as aggressively as we possibly can,” Duffner said. “That doesn’t mean necessarily all blitz or pressure. That means that you play hard, that you play physical, you play smart – all those words kind of go into that word, aggressive. I think aggressive and physical is what we’ve got to be on defense. Defense has no room for being soft.” 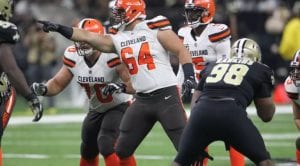 A pair of No. 1 Draft Picks will square off this week when the Browns Baker Mayfield and Buccaneers Jameis Winston take the field at Raymond James Stadium. Mayfield is part of a young squad that is trying to lead a Cleveland team out of the perennial cellar it has been stuck in for more than a decade.

“The thing that is different about Cleveland is that they’ve really established a lot of talent,” Koetter said. “They’ve had a lot of high draft picks [and] added a lot of good football players to their team.”

Cleveland has seen six different head coaches roaming the sideline in the last six years. The Browns haven’t been to the playoffs since 2002 and haven’t had a winning season since 2007.

Things appear to be looking a little brighter in Cleveland, however. The team’s two wins in the early part of 2018 are half as many as the team won the previous three seasons combined, and two of the team’s losses have come by three points. 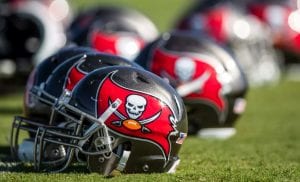 Bucs plan to turn around defense against the Browns this week.  Winston made his first start of the season last week for the Bucs, completing 30 of 41 passes for 395 yards and four touchdowns.

After falling behind 21-6, Winston rallied the Bucs and drove the team to the Falcons 21-yard line in the waning seconds of the game. A daring quarterback draw that turned into a couple of laterals almost won the game for Tampa. Receiver DeSean Jackson, however, couldn’t handle a lateral from Mike Evans, spoiling a chance at the game-winning score.

While Evans and Jackson failed to connect on the final play, the receiving duo each caught four passes on the day, combining for 135 yards of offense.

Not only are Evans and Jackson standing out for Tampa Bay this season, second-year wide receiver Chris Godwin has also been a key part of the team’s aerial success. He leads the Bucs, and ranks ninth in the NFL, with four receiving touchdowns.

Tight end Cameron Brate has also added to the Bucs receiving depth and has played a significant role on the league’s No. 1 passing offense. Brate has three touchdown catches this season, tied for the second-most among tight ends in the NFL. Since scoring his first touchdown in 2015, Brate has the third-most touchdowns in the NFL among undrafted players.

The Buccaneers have faced three of the top-10 offensive units in the league this season: New Orleans (ranked 3rd), Pittsburgh (6th) and Atlanta (8th).

Series at a Glance

Tampa faces another high-powered offense from the AFC Central when it travels to Cincinnati to square off with the Bengals next Sunday. Kickoff is scheduled for 1 p.m. EST.