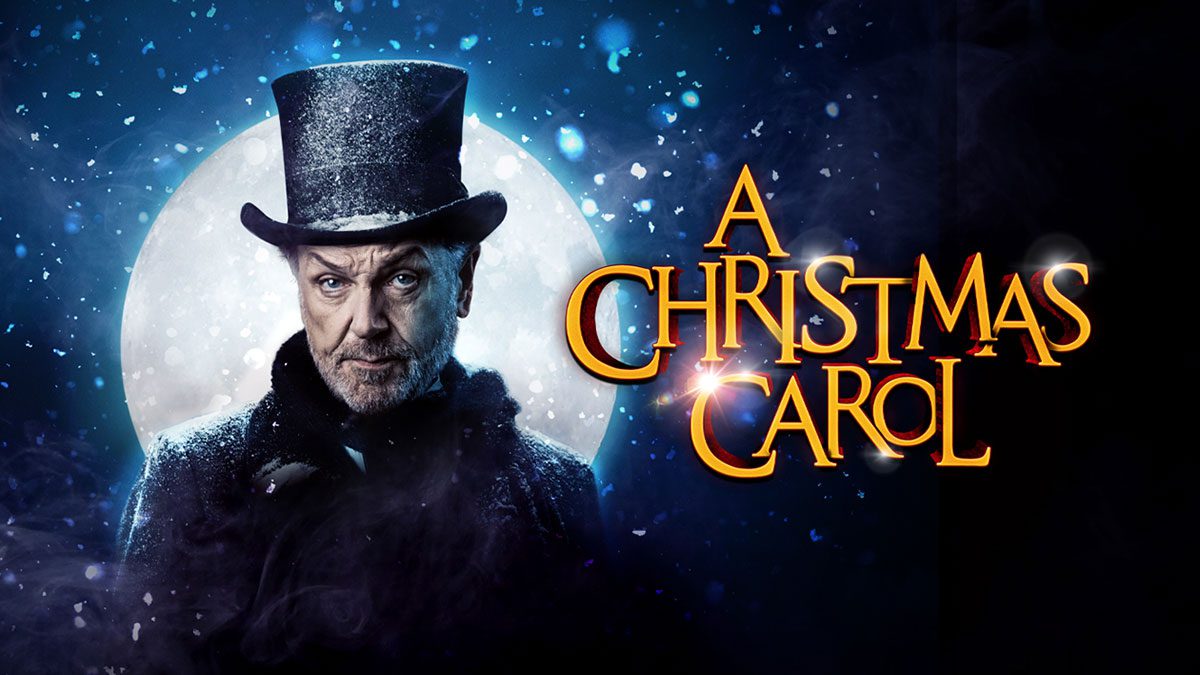 This all-new production of the classic Charles Dickens’ A Christmas Carol, is a powerful story of redemption that has enchanted audiences the world over with its simple message of Holiday joy. Ebenezer Scrooge, that most unrepentant and miserly of fellows, is made to see the light as he survives a merciless battery of revelations by the ghosts of his own life: Jacob Marley and the Christmas Spirits of Past, Present and Future. Tickets purchased for the December 23 performance will be honored on this new date on Tuesday, November 30 at 7 p.m.

With script adaptation, direction and a flawless performance as Scrooge, by award-winning 40-year theatre veteran, Scott H. Severance, this new adaptation of Dickens’ ever popular classic fills the stage with song and dance, a heavy dose of humor and a timeless message.  With the music of 26 beloved traditional carols of the season woven throughout this classic tale, A Christmas Carol is the perfect way to begin the holiday festivities!

Prior to performances at Ruth Eckerd Hall, enjoy a pre-show party in the Dimmitt Lounge, which includes high-end appetizers, dessert and beverages, plus your choice of one beer, wine, single liquor drink or soda ($10 value) for only $29 per person ($24 for groups of 15 or more), prices include tax and gratuity.  Doors open 90 minutes prior to the performance.

Due to very limited capacity, advance purchase is suggested.  For reservations or more information, please visit www.RuthEckerdHall.com/dining-and-catering.  To make an advance group reservation please contact the Groups Sales Department at Groupsales@rutheckerdhall.net or call 727.712.2717. The Group Sales Department is open Monday through Friday, 9 a.m. to 5 p.m.  Tickets for Charles Dickens’ A Christmas Carol priced at $70, $50, $39, $29  are available at www.rutheckerdhall.com

Pre-showing dining packages are available prior to Broadway performances at The Bilheimer Capitol Theatre.  The package includes dinner at Clear Sky Cleveland Street, located directly across the street from The Bilheimer Capitol Theatre.  Due to very limited capacity, advance purchase is suggested.  For reservations or more information, please visit www.RuthEckerdHall.com/dining-and-catering.

More History Behind the Classic Charles Dickens’ A Christmas Carol :

A Christmas Carol. In Prose. Being a Ghost Story of Christmas, commonly known as A Christmas Carol, is a novella by Charles Dickens, first published in London by Chapman & Hall in 1843 and illustrated by John Leech. A Christmas Carol recounts the story of Ebenezer Scrooge, an elderly miser who is visited by the ghost of his former business partner Jacob Marley and the spirits of Christmas Past, Present and Yet to Come. After their visits, Scrooge is transformed into a kinder, gentler man.

Dickens wrote A Christmas Carol during a period when the British were exploring and re-evaluating past Christmas traditions, including carols, and newer customs such as Christmas trees. He was influenced by the experiences of his own youth and by the Christmas stories of other authors, including Washington Irving and Douglas Jerrold. Dickens had written three Christmas stories prior to the novella, and was inspired following a visit to the Field Lane Ragged School, one of several establishments for London’s street children. The treatment of the poor and the ability of a selfish man to redeem himself by transforming into a more sympathetic character are the key themes of the story.

There is discussion among academics as to whether this is a fully secular story, or if it is a Christian allegory. Published on 19 December, the first edition sold out by Christmas Eve; by the end of 1844 thirteen editions had been released. Most critics reviewed the novella favorably. The story was illicitly copied in January 1844; Dickens took legal action against the publishers, who went bankrupt, further reducing Dickens’s small profits from the publication. He went on to write four other Christmas stories in subsequent years. In 1849 he began public readings of the story, which proved so successful he undertook 127 further performances until 1870, the year of his death. A Christmas Carol has never been out of print and has been translated into several languages; the story has been adapted many times for film, stage, opera and other media.