CHICAGO The Musical headlines a star-studded list of spring performances scheduled for Ruth Eckerd Hall this year. CHICAGO will bring the glamour and fun of this award-winning Broadway musical to Ruth Eckerd’s stage.

With music by John Kander and lyrics by Fred Ebb and book by Ebb and Bob Fosse, who also did the original choreography, the original Broadway production opened in 1975. The story is a satire on corruption in the administration of criminal justice, and the concept of the “celebrity criminal”. The musical is based on a 1926 play of the same name by reporter Maurine Dallas Watkins about actual criminals and crimes she had reported on.

Its Broadway revival in 1996 holds the record for the longest-running musical revival on Broadway and made it Broadway’s sixth longest-running show. An Academy Award-winning movie of the musical was released in 2002, starring Catherine Zeta-Jones, Renee Zellweger, Richard Gere and Queen Latifa.

The Spring schedule also includes the thunderous celebration of Irish music, song and dance with the farewell performance of the touring company of “Riverdance.”  Johnny Mathis heads a star-studded list of solo performers who will be at Ruth Eckerd this spring. Johnny Mathis, Comedian-musician Gary Mule Deer will open the Mathis show. The show will be preceded by a dinner buffet at 6 p.m. in the Dimmitt Atrium Lounge. The “Chances Are” star will perform his outstanding renditions of classic standards and the best of Broadway’s songs as well.

Legendary singer and songwriter Neil Sedaka will appear in concert and Johnny Lang, the Grammy-award winning blues guitarist and singer from North Dakota, is scheduled to perform. 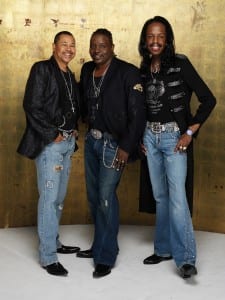 A new addition to the April-June schedule at Ruth Eckerd Hall will be a performance by Earth, Wind & Fire as part of their Beyond the Elements Tour 2010. This band with its combination of jazz and rhythm and blues that helped bring about the evolution of today’s pop music.

Of course, this is just a brief listing of an exciting schedule of performances set for Ruth Eckerd this spring. The younger set is looking forward to the Eckerd Theater Company presentation of  Stone Soup & Dragon Dumplings at the Murray Studio Theater.

Children ages three and up and their families will enjoy the magical journey of discovery in this interactive retelling of the classic folk tale as Grandma’s attic is transformed into a storybook town where the act of sharing helps Scorch the dragon learn what it takes to make a truly scrumptious dish.

Designed by the prestigious Frank Lloyd Wright Foundation, Ruth Eckerd Hall is consistently ranked in the top five venues in the world with 2,500 seats or less by trade industry publications and is known for its 2,180-seat, acoustically perfect auditorium. Artists from America and around the world are included in the lineup of more than 200 performances a year.

Tickets for all performances are available on line or by calling the Ruth Eckerd Ticket Office at (727) 791-7060.