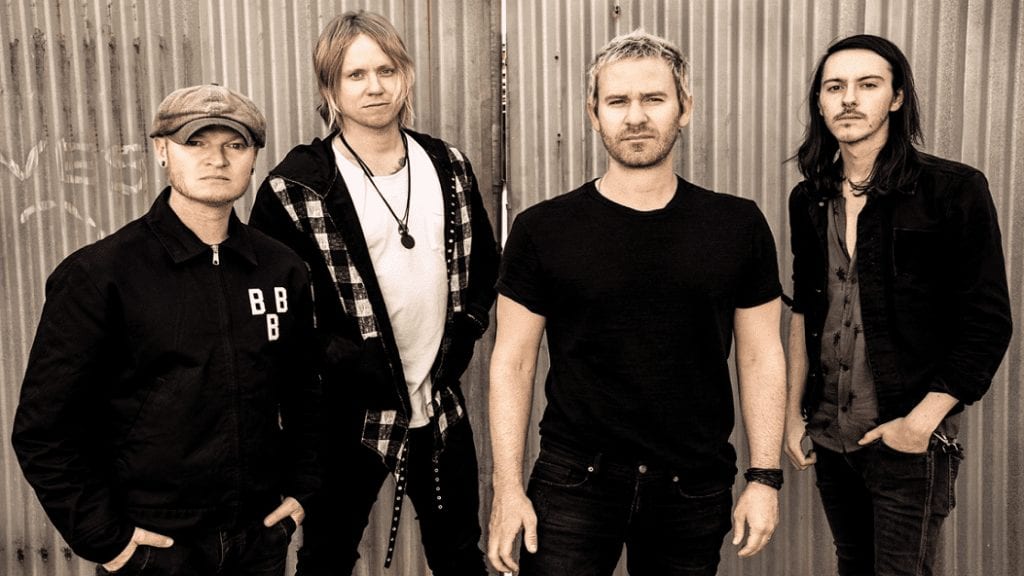 Collective Soul, The Commodores To Perform

Collective Soul (ABOVE), The Commodores To Perform for opening of the Busch Gardens Food and Wine festival. The weekend of Saturday, Feb. 29, and Sunday, March 1, will mark the opening of this year’s Busch Gardens Food & Wine Festival. A special Food & Wine Festival Preview Event is set for Friday, Feb. 28. Pass Members are invited to enjoy a first taste of the 2020 Food & Wine Festival before the event begins! Those who attend will receive a complimentary 1- sample. Sampler lanyards during the Festival range in price from $32 to $57 for from 5 to 12 culinary selections or wines, craft brews and cocktails from around the world.

The series of weekend special concerts will open on Saturday, Feb. 29, with Collective Soul heading to the main stage at 7 p.m. The Commodores (LEFT) will be next in line, with a performance at 6 p.m. on Sunday, March 1. The series of concerts will continue through April 26. Most of the future concerts are set for 7 p.m. on Saturday and 6 p.m. on Sunday; however, those who wish to attend are encouraged to check online for scheduling and performer changes.

The Busch Gardens Tampa Bay Food & Wine Festival brings together musical legends who are the best in rock, Latin, a cappella, country  and  alternative music. Concerts are included with daily admission to the park. Concert admission is included with regular Busch Garden tickets and passes; however, VIP seating packages and wine and food sampler lanyards are available at buschgardens.com, along with complete information on upcoming concerts.

The featured performers on Saturday, Feb. 29, are Collective Soul, Coming hot off a triumphant, yearlong celebration of their 25th anniversary in 2019, the very last thing Collective Soul plans on doing in 2020 is to rest on their laurels. If anything, these five fiery Georgia-bred rockers are only just getting started with the next phase of a thriving career that has seen them move millions of records and wow multitudes of fans across the globe. Thanks to the warm reception of their acclaimed 2019 album release Blood, Collective Soul is quite galvanized to add as much fresh material into their live sets as they can.

The Commodores, featured on Sunday March 1,  have topped the charts for over three decades. The Commodores aren’t just any group. They have staying power. Just like their hit song “Brick House,” the Commodores have created a foundation that just won’t budge. After churning out hit after hit in the Motown days, the Commodores finally achieved Grammy recognition in 1986, without Lionel Richie, when the Commodores released their Grammy ® award-winning single, “Night Shift.”

The Commodores was formed while all the members were in college at Tuskegee Institute in 1968. After being discovered by Berry Gordy, the Commodores went on to sell over 60 million records for Motown. With hits like “Machine Gun” and “Sail On,” the Commodores are true legends in the music industry.