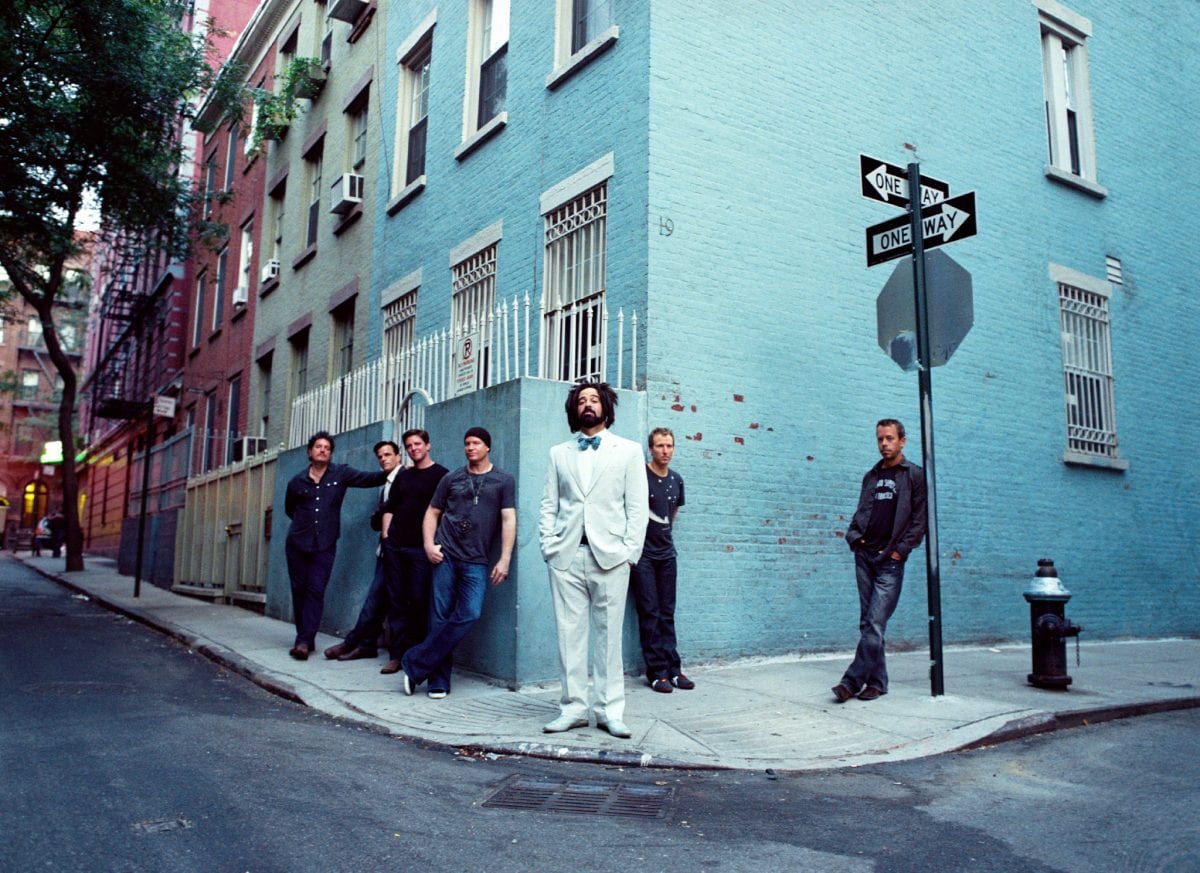 After more than two decades and 20 million albums sold globally, Counting Crows will celebrate 25 years of making music by hitting the road for a worldwide “25 YEARS AND COUNTING” tour, stopping at Al Lang in downtown St. Petersburg on Tuesday, July 31. Joining the tour is multi-platinum band +LIVE+.  “The nice thing about having 25 years of music to celebrate and seven studio albums we absolutely love to choose from is that we can play a different show every night,” said Crows vocalist Adam Duritz. “The nice thing about touring with +LIVE+ is that we get to spend yet another summer with old friends who play great music. We can’t wait!”

+LIVE+ vocalist & guitarist Ed Kowalczyk echoed those sentiments: “+LIVE+ is beyond excited to get out on the road this summer and play for our fans. We are freshly reunited and performing with a confidence and ferocity that we can’t wait for people to experience. The fact that we will be sharing the stage once again with the incomparable Counting Crows is icing on the cake!”

In addition to celebrating 25 years of music in 2018, Duritz has also launched a new podcast, Underwater Sunshine! – a series of conversations between noted non-journalist Duritz and his pal, author and music journalist James Campion, about life, music, and whatever comes into their large and incredibly handsome brains. The weekly podcast, published every Monday, currently holds a five-star rating. View it on iTunes HERE.

Counting Crows (photo featured above)– Adam Duritz (vocals), Jim Bogios (drums), David Bryson (guitar), Charlie Gillingham (keyboards), David Immergluck (guitar), Millard Powers (bass) and Dan Vickrey (guitar) – have sold more than 20 million albums worldwide after exploding onto the music scene with their multiplatinum breakout album August and Everything After in 1993. Known for creating unique and innovative concert experiences year after year, Counting Crows is recognized as one of the world’s most pre-eminent touring live rock bands. The band released their seventh studio album Somewhere Under Wonderland in September 2014, which earned critical acclaim as one of the “band’s best,” scored a top 10 debut and was recognized as one of the group’s “stronger works (USA Today),” claiming a spot on Rolling Stone’s Top 50 Songs of the 2014 list with the track “Dislocation”. For more information on Counting Crows visit: www.countingcrows.com

+LIVE+, the multi-platinum band from Pennsylvania–Ed Kowalczyk (vocals, guitar), Chad Taylor (guitar, backing vocals), Patrick Dahlheimer (bass) and Chad Gracey (drums, percussion)–have sold over 22 million albums worldwide and earned two number one albums (Throwing Copper, Secret Samadhi). Their catalog is filled with such gems as “Lightning Crashes,” “I Alone,” “All Over You,” and “Lakini’s Juice,” which live on today as classics at rock radio. Throwing Copper produced the band’s biggest single, “Lightning Crashes,” which was #1 at Modern Rock radio for 10 consecutive weeks. Throwing Copperreached #1 on the Billboard Top 200 and eventually surpassed sales of 10 million albums sold with Rolling Stone honoring the album with placement on their “1994: The 40 Best Records From Mainstream Alternative’s Greatest Year.” Secret Samadhi (1997) immediately shot to #1 on the Billboard Top 200 and eventually went double platinum. The release of the platinum-selling The Distance to Here (1999) turned +LIVE+ into an international powerhouse and moved the band from arenas into stadiums. +LIVE+ has been and remains today a global concert juggernaut. For more information on +LIVE+ visit: https://freaks4live.com/

Tickets may be purchased online at Ticketmaster.com, charged by phone at (800) 745-3000, or in person at the Al Lang Box Office.

For more entertainment in Destination Tampa Bay check this out.