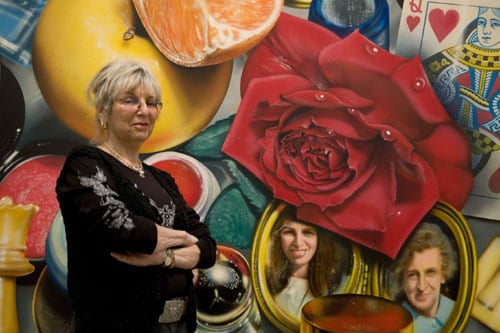 Celebrating women artist, this series of topics with Dee Kilgo will be held into two topical sessions (specified in detail below).  These two sessions will be held on March 3rd and 17th at the Dunedin Fine Art Center.  The focus will be on historical stages of women artist movements.

The long abiding belief that artistic genius was the sole province of male artists shaped the traditional art history narrative from the Renaissance well into the 20th century. Perpetuating this notion, historians through the ages systematically excluded women artists from their rosters of period superstars. In recent decades, new research has addressed the traditional gender bias by documenting the extraordinary, long-overlooked achievements of numerous women artists throughout history. Dee’s lectures highlight the accomplishments of some of these remarkable women and the role of gender in art history.

In Session I, which offers a broad overview of art styles from the Renaissance to the 20th century, you’ll meet an amazing cast of women who were among the most celebrated and sought-after artists of their time.  Hear their fascinating stories and marvel at what they achieved when women had little or no access to traditional art training.

REGISTER FOR SESSION I

Session II examines the role and status of women artists involved in early 20th-century modernist movements in Europe and in later avant-garde art movements in America. In addition, you’ll learn about the efforts of “the Guerilla Girls,” and the Feminist Art Movement’s impact on Postmodernism and on gender bias in the gallery and museum art world.

Featured Photo Above of Audrey Flack in front of her painting, Queen, 1975.

For other exhibits in the Destination Tampa Bay area consider visiting James Museum or the St Pete Museum.