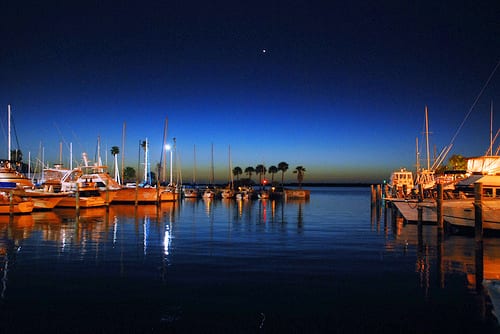 ‘Delightful Dunedin’ Named One of Top 8

‘Delightful Dunedin’ Named One of Top 8…Retirement Communities Near Big Cities. Where To Retire magazine has named the friendly Tampa Bay town of Dunedin as one of only 8 top retirement destinations in the country. Dunedin is profiled in a feature titled “8 Small Towns Near Large Cities” in the September/ October 2019 issue, currently available nationwide. Where to Retire is a magazine that is dedicated to helping people make retirement relocation decisions.

Annette Fuller, editor of Where to Retire, explained that these eight cities offer the charm of small-town living plus access to big-city amenities.

“With populations of around 100,000 or less, these towns provide plenty to do, but there’s also the hustle and bustle of a major metropolis for entertainment,” the magazine editor commented, addint that “One retiree who relocated to sunny Dunedin told her, ‘It feels like we are living a vacation and yet it still has a hometown feel.'”

With a slogan of “Delightful Dunedin,” the waterfront city of Dunedin is located on St. Joseph Sound on Florida’s Gulf Coast. Known for its quaint Main Street that makes a walking tour a breeze, Dunedin is just a few miles north of Clearwater and 20 miles west of Tampa, Dunedin (pronounced dun-eed-in) was settled by Scotsmen in the late 19th century.

The Scottish tradition continues, with a “sister city,” Stirling, Scotland,  and one of the country’s only middle school and high school drum and bagpipe bands.

Each morning you can see a steady flow of walkers, joggers and bikers cruising the 37-mile Pinellas Trail or heading over the causeway to Honeymoon Island State Park, a 385-acre recreation area with four miles of beach and more than two miles of nature trail. On the way to Honeymoon Island, you may want to board the public ferry to Caladesi Island State Park, remarkably unchanged by time and named in 2008 as “America’s Best Beach.”

As one of the few completely natural islands along Florida´s Gulf Coast, Caladesi´s white sand beaches still deserve recognition. Beach lovers can enjoy swimming, sunbathing and beachcombing. Saltwater anglers can cast a line from their boats or surf fish. Nature enthusiasts can spot wildlife while hiking the three-mile nature trail through the island´s interior or paddling a three-mile kayak trail through the mangroves and bay. Picnic tables and shelters are located near the beach, and picnic pavilions can be reserved for a fee. The park has a marina with electric and water hookups, as well as a Café Caladesi and gift shop. Ferry service is provided by the Caladesi Island Ferry and departs from Honeymoon Island State Park.

There is plenty to do in Dunedin, with an active Downtown Merchants Association promoting art fairs, one of Florida’s best Mardi Gras celebrations, an Orange Festival commemorating the city’s earliest industries, annual Highland Games, unique one-of-a-kind shops, Florida’s oldest microbrewery, a newly renovated Major League baseball stadium used for spring training by the Toronto Blue Jays, and an active arts community. Monthly second Tuesday events and some of the best dining opportunities on the Gulf Coast make the town worthy of being called “Delightful Dunedin.”