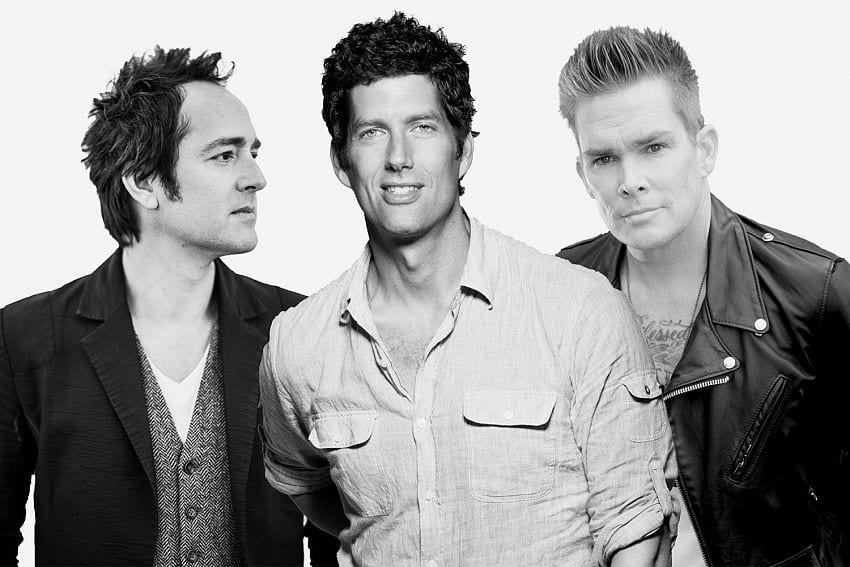 To Perform at Busch Garden’s Food and Wine Festival

The Busch Garden’s Food and Wine festival continues to features new and exciting dishes, plus a large selection of wines, craft brews and cocktails. Some of the biggest acts in musical entertainment will take the stage every weekend on Festival Field. All concerts are included with daily ticketed admission to the park.  Watch Ezra Ray Hart live in concert on Saturday, March 14 at 7:00 p.m. during the 2020 Food & Wine Festival at Busch Gardens Tampa Bay and Three Dog Night on Sunday March 15 at 6:00 p.m.

The Supergroup Ezra Ray Hart features Mark McGrath of Sugar Ray, Kevin Griffin of Better Than Ezra, and Emerson Hart of Tonic. Together, the members of Ezra Ray Hart have sold over 20 million albums in the US and have 18 top ten hit singles on the US charts, including five number one hits. With all of this talent together on stage, this supergroup is a triple-threat crowd favorite that delivers hit after hit.

Mark McGrath is an ever-present pop culture personality known for a string of top 10 hits and several multi-platinum albums as the lead singer and songwriter for Sugar Ray. With his first hit single “Fly” Mark McGrath set the stage with new sounds that pop rock audiences had never heard before. He went on to land hit singles “When It’s Over,” “Someday,” and another number one smash hit with “Every Morning.”

Kevin Griffin of Better Than Ezra

Known as the lead singer and guitarist for alternative rock band Better Than Ezra, Kevin Griffin has released 8 studio albums including platinum album, Deluxe. With his number one hit “Good” and top 10 hits including “A Lifetime” and “Juicy,” Griffin brings an energy like no other with his unfailing falsetto and love for inviting audience members on stage. Other Better than Ezra hits include “Desperately Wanting” and “Extra Ordinary.” Kevin has had #1 hits writing songs like “Collide” for Howie Day, “Stuck Like Glue” for Sugarland, and “Scars” for Missy Higgins. He has also written songs with Taylor Swift, David Guetta, Christina Perri, James Blunt and Train just to name a few.

The lead singer and songwriter of the alternative rock band Tonic, Emerson Hart, has achieved multi-platinum success with hit songs “Open Up Your Eyes,” “Take Me As I Am,” and “If You Could Only See.” With Tonic’s six top 10 singles, 4 million records sold, multiple Grammy nominations, and multiple platinum albums, Hart is a musical force that captivates audiences again and again.

Legendary band, THREE DOG NIGHT, now in its 5th decade, claims some of the most astonishing statistics in popular music. In the years 1969 through 1974, no other group achieved more top 10 hits, moved more records or sold more concert tickets than THREE DOG NIGHT.

THREE DOG NIGHT hits weave through the fabric of pop culture today, whether on the radio where they are heard day in and day out, in TV commercials or in major motion pictures — songs like “Mama Told Me (Not To Come)”, “Joy to the World”, “Black and White”, “Shambala” and “One” serve to heighten our emotions and crystallize THREE DOG NIGHT’s continuing popularity.

This Grammy-nominated band is not content resting on its legacy alone. Always working to expand its audience, THREE DOG NIGHT has embraced and been embraced by 21st century music technology. New and existing fans buy THREE DOG NIGHT’s music on iTunes as well as at record stores. In fact, releases from this decade alone have sold well over a million copies.

Now, marking 50 years on the road, THREE DOG NIGHT continues to grow its fan base by keeping up a full schedule of concerts at theatres, performing arts centers, fairs, festivals, corporate events, and casinos. Since 1986, the band has performed over 2,500 shows including two Super Bowls.