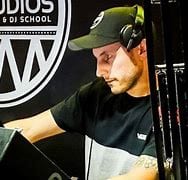 The gift of a mixed tape from his sister in the mid-90s started DJ Trix’s journey into Dance Music that become the foundation for his career as a DJ, producer, and remixer.
Using his own mixed tapes, he began his DJ career at house parties. One of his creations, “Hocus-Pocus,” captured the attention of the manager at the now-closed superclub The
Pleasuredome and his DJ career trajectory soared. Performing the music that he loves to thousands of partygoers gave him the experience and the strength to spread his sounds to other Bay Area clubs.

He built on this success with his first 12 inch releases: “Free Your Mind,” “Attention,” “Bass Keeps Thumpin’,” and “Just Come Back.” From these releases, DJ Trix became recognized as one of Tampa, Florida’s rising music talents as well as a skilled producer.

Today DJ Trix is known for his distinct look and sound, both in production and DJ sets, and continues to entertain club goers with his musical trademarks. 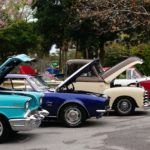