A rock star on the decline, John Norman Howard (Kris Kristofferson) has given in to drugs and excessive drinking, and his music has suffered as a result. Wandering into a club one night, John watches singer Esther Hoffman (Barbra Streisand) perform and is smitten. The two begin dating, and soon John lets Esther take the spotlight during his concerts. However, even as Esther finds fame and success with her singing, John continues his downward spiral. 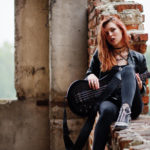 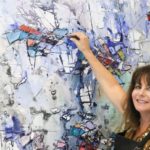