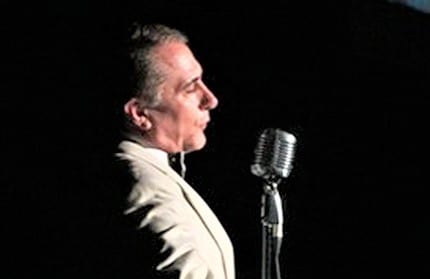 You’ll never get a chance to see Frank Sinatra, or even Frank Sinatra Jr., perform in concert, but some people say that Tony Sands is the next best thing. Sands and has been perfecting his act as one of the nation’s best-known Sinatra impersonators. Sands has incorporated stunning graphics that entice you the moment the stage lights dim. The performer will perform in a sensational tribute to Sinatra in a 7:30 p.m. concert at Largo’s Central Park Performing Arts Center, 105 Central Park Drive, on Wednesday, March 20.

During the concert, Tony Sands will be performing such hits as That’s Life, Come Fly With Me, Luck Be A Lady, My Way, New York, New York, and many more. Sands will be accompanied by his eight-Piece Big Band.  Check out a clip of Tony’s show at www.tonysands.com. Tickets are priced at $20-40 and are available at www.largoarts.com or by calling 727-587-6793.