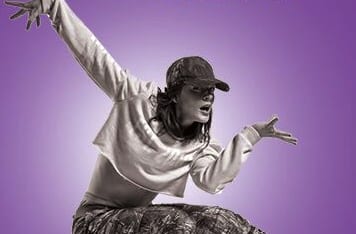 #FOLLOWME Coming to The Mahaffey

For the first time ever, dance superstars and online sensations WilldaBeast (“So You Think You Can Dance” choreographer; 2.6 million followers), Nia Sioux (“Dance Moms”; 5.8 million followers), Kenneth San Jose (685K followers), and Janelle Ginestra (587K followers) will join forces and hit the road in a brand new live dance show #FOLLOWME. The tour stops at the Duke Energy Center for the Arts – Mahaffey Theater on Sunday, Aug. 13 at 3 p.m.

#FOLLOWME is an electrifying live dance show celebrating the hip-hop dance community –  inspiring dancers to step into the spotlight, and get the incredible opportunity to see, dance, and interact with their YouTube dance idols. Each of the headliners will have moments throughout the show to highlight their singular style and performance skills, incorporating their greatest hits with never before seen dances and songs.

Featuring cutting edge technology, fans will get to interact digitally and physically with the headliners prior to and during the show, with the ultimate prize being a featured position in #FOLLOWME’s explosive dance finale.  The choreography for the finale will be released over social media for audience members to learn ahead of time, and select lucky fans will be chosen from video submissions to get the opportunity of a lifetime – to dance with their idols on stage. 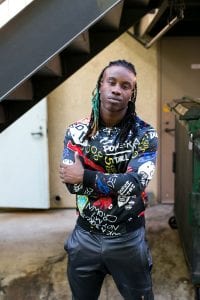 With over 1.9 million YouTube subscribers, dancer-choreographer-entrepreneur Will “WilldaBeast” Adams started his career as a dancer and quickly became in-demand for recording artists such as Usher, Madonna, The Black Eyed Peas and for guest spots on TV (“Glee”). WilldaBeast recently launched his own dance company immaBEAST, which has become one of the leading brands, companies, and influences in the hip hop dance world, and has choreographed for T-Pain, “So You Think You Can Dance” on FOX, Nike, and many more.

Nia Sioux’s career ignited the moment viewers caught a glimpse of her dancing on the smash hit Lifetime reality TV show, “Dance Moms.” Seven seasons later, Nia has earned an immense online following (over 4 million on Instagram) and has flexed her artistic muscles by launching a music and acting career.  #FOLLOWME will be the first opportunity for her fans to see her performing all of her skill sets in a live performance tour.

Dancer-choreographer-“creative being” Janelle Ginestra, an executive team member of immaBEAST, has been dancing and performing since she was 2 years old. Nominated for “Best Dance Video” at the BET Awards, Janelle is a rising star in the industry having worked with Beyonce, Jason Derulo, J.Lo and more.