Giving Back Is Important

The Story Behind a Self Made Entrepreneur 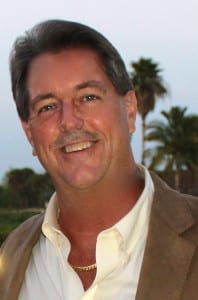 When you walk inside a national chain restaurant–it doesn’t matter where–it will be virtually the same as the last one of its type that you visited. But when you go to one of Steve Westphal’s restaurants in South Pinellas, you will see something new and different in each one.

The only thing Steve Westphal’s restaurants have in common is that they serve the finest food you can find just about anywhere.

“We want to keep things fresh and exciting,” Westphal says. “Our restaurants are destinations in themselves. The numbers are a testament to this approach.”

“My mother kicked me off the couch at an early age,” he laughs. “She told me to get a job.”

He recalls that his career began at 15 when he worked as a bus boy. From there he spent some time working for his uncle in the construction business during the hot summers in between school years, and he quickly decided that he didn’t want to dig ditches for a living. He also tried working in insurance and in real estate. He soon discovered that doing paper work in an office wasn’t for him.

Through those early years, he worked nights in a variety of restaurant jobs. From bus boy to kitchen helper to a good paying job as a waiter at the Wine Cellar, learning every step of the way. Finally, he realized that he had enough experience in the business to own one of his own. That’s when the Sports Bar came along.

“It worked out great,” he says. “I had some savings for a low down payment and borrowed some money for a second Sports Bar.” At first, he did just about everything in the Sports Bars—from cook to replacement bartender. That’s when one of my customers gave me some good advice—he said that my job was to be out there building the business—meeting people and getting involved in the community.”

“I feel it is very important to give back. That is why each restaurant works with helping non-profit organizations,” Westphal explains. “We get a lot of requests and do our best to get involved to help those in need in the community that ultimately supports us.”

All Children’s is his personal favorite charity, although his restaurants each support a different local cause in their communities, including St. Anthony’s Hospital and Bay Watch Marine Institute.

“My chef and partner, Tyson Grant, lost a child,” he explains. “Now he has twins, so we realize how important All Children’s Hospital is to the community

He comes close to tears explaining his commitment to giving back to the community.

“It’s important to do the right thing with what you’ve been given,” he says with deep spiritual commitment. “I’m not the owner, just the guy in charge.”

After the Sports Bars, The Pub came along, his first real restaurant. About six months after its original owner passed away, his widow offered it to the young Sports Bar owner.

He decided to buy a preconstruction condo on St. Pete Beach to be able to be near the water he so enjoys. The building was under construction when the developer, John Hamilton, came to him to say that the person who was originally going to run a restaurant on the ground floor of the building had changed his mind. So he asked Steve Westphal if he was interested in taking on the project.

That’s how 400 Beach Drive was born. He walked into the empty space on the building’s first floor and almost immediately his vision for the place was born. He knew just where he wanted to locate the kitchen, the bar and the dining areas. As construction proceeded, he set about arranging the little details that make his places so special. He contacted local artists to create the original artwork that adds interest and adds atmosphere.

That urge for creativity is what drives Steve Westphal. That’s the part of his job that he enjoys most. He puts in the necessary time working in his restaurants, but once they are established, he finds it easier to make needed time for himself. In addition to his four successful restaurants, Steve Westphal also oversees the food operation at St. Pete’s Dali Museum.

For The Hangar, he has created the spacious feel of an airport. And Steve’s next project will call for him to create a seafood house in Madeira Beach. It will be known as Gulf Grill, and Steve also plans to include some spectacular art by local artists there. His partner, executive chef Tyson Grant, brings his expertise to creating unique menus for all of the restaurants, even though his home kitchen is the Park Shore Grill, just a few blocks from the newer 400 Beach.

How Steve found his business partner is a story in itself. Looking for a chef, Steve asked Louis Kroll (“Uncle Louis”) if he knew a good chef. He suggested that St. Pete native Tyson Grant, chef at Bistro’s by Treasure Island, might be interested. Steve told him that he didn’t want to take someone away from another place, but his friend said he would mention the opportunity to Tyson, who contacted Steve soon after the conversation, and a partnership was formed that has worked out famously for both self-made men.

“Tyson told me that the opportunity to be chef at a St. Petersburg restaurant was a dream come true, and by finding Tyson my own dream came true as well. Now I do the front of the house, and Tyson does the back,” he says.

“My Dad once told me, you should always leave something better than you found it.” It is apparent that Steve’s strong spiritual passion and creativity have helped him achieve outstanding success.