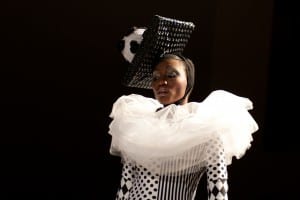 The anticipation is mounting for Wearable ART , one of Tampa Bay’s most outrageous fashion events  at the Dunedin Fine Art Center. Since its inception nine years ago as a fundraiser, the show has been a sell-out nearly every year, attracting an audience of hipsters and art fans for an evening of creative joie de vivre.

The popular runway show has become a favorite showcase for local artists and designers who can “take it to the limit” with their edgy runway fashions.

“Each year we bring back some favorite designers from previous shows, but we also introduce new designers so there’s always that element of excitement,” says event planner and DFAC assistant development director Dawn Scott.­ 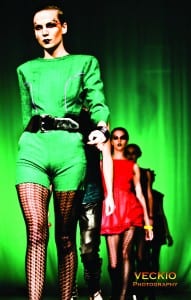 The audience has come to expect the unexpected at Wearable Art with everything from wild hair and extravagant make-up and body art to dazzling fashion that goes from risqué to wild and sophisticated. The featured designs and models are, in essence, walking and wearable works of art!

Wearable ART was one of the first such shows in the area to showcase a growing contingent of artists working in fashion-related ways. Some artists and fashion designers collaborate, while others go it alone. Designers in the past have included Ivanka Ska, Frank Strunk III, and Rogerio Martins, who have attained national recognition in the world of fashion design.

As in past years, Dunedin-based hair stylist Gregory Brady will be working his magic behind the scenes armed with gels, sprays, styling wands, color and loads of creativity.

“The hair and makeup can be just as amazing as the fashion,” adds DFAC associate executive director Ken Hannon, who has been overseeing Wearable Art since it began. “They have grown to become a big part of the show. ”