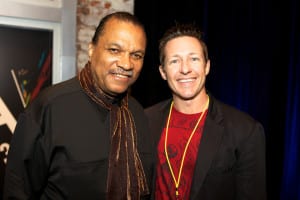 When spring is coming to a close and the summer time heat is kicking up, some of Hollywood’s best entertainers, writers, producers and more will flock to the Tampa Bay area for one of the hottest film festivals of the year.

Presented by the St. Petersburg-Clearwater Film Society, the Sunscreen Film Festival is unique in that attendance to the festival is marked by participating in the numerous workshops available during the event. According to the event website, www.sunscreenfilmfestival.com, the non-profit organization and festival, is “dedicated to education, economic development, informing the public about the art of visual storytelling, enhancing opportunities for local filmmakers to develop their craft and art, and increasing the public’s awareness and support of local filmmaking as a cultural and economic asset.”

The Sunscreen Film Festival invites well-known celebrities to support and teach workshops during the event. Guests from past festivals include actor John Travolta of Grease, actor Patrick Wilson from Watchmen and Lakeview Terrace, actor Ethan Suplee from My Name is Earl, producer Ralph Winter of the X-Men movies, and comic author Leo Partible.

Every year, a variety of informative and instructional workshops are taught to enhance the cultural awareness of film. Previous workshop themes include Creating a Killer Movie Comic, Indie Film Producing 101, and Master Screenwriting.

Executive Director Tony Armer, who is the founder of the Sunscreen Film Festival and an award-winning filmmaker himself, shared his thoughts on the event.

“My most memorable moment was having John Travolta and Patrick Wilson as guests one year to the festival,” Tony says. “It was great to see such top-notch actors enjoying the festival and participating.”

Aspiring filmmakers can have their moment to shine as the festival showcases a number of independent films that have been submitted. Writers who would like to try their hand at a screenplay can submit it for a chance for it to be turned into a real movie! The winning screenplay will be announced during the festival on Saturday, May 3.

The Sunscreen Film Festival extends its cultural education outreach beyond the four days with year-round programs, such as special film screenings at the Museum of Fine Arts in St. Petersburg, free outdoor film screenings, film schools for children and adults, the Sunscreen Film Institute, and The Dalí Museum student films, which are screened at the festival. Details about these programs can be found on the festival’s website, along with the complete listing of guests and workshops.

Purchase your tickets to individual or all workshops and events by visiting sunscreen-filmfestival.ticketleap.com. For more information about the Sunscreen Film Festival and a complete schedule of events and guests, visit www.sunscreenfilmfestival.com.