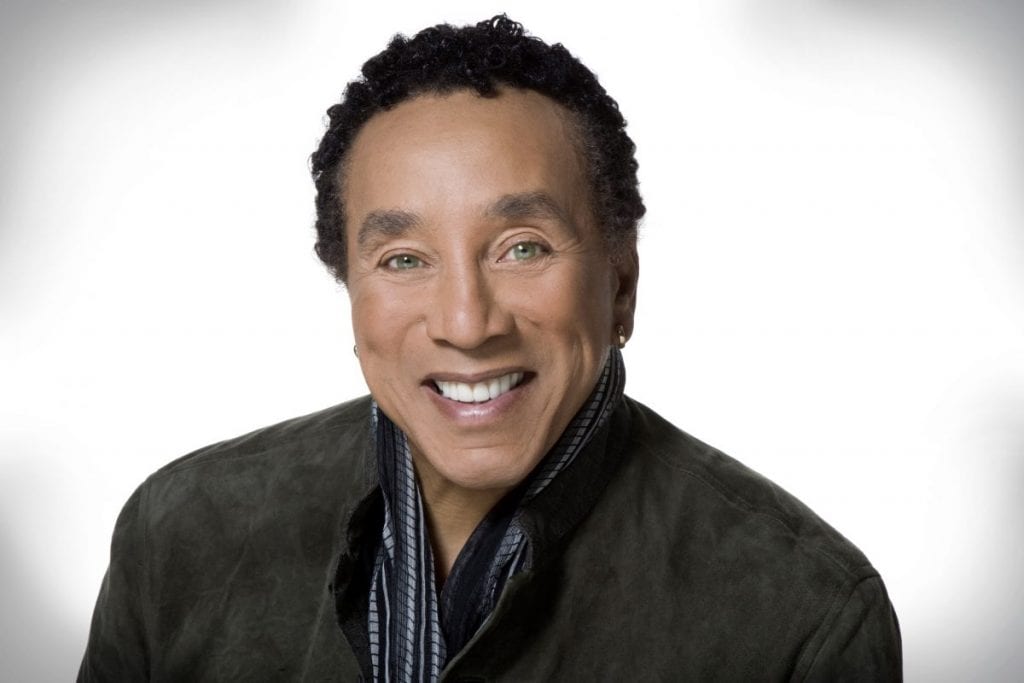 Music legend Smokey Robinson, whose record-breaking career has spanned more than five decades of hits, will sing at the Duke Energy Center for the Arts – Mahaffey Theater Thursday, Feb. 9 at 7:30 p.m.

Once pronounced by Bob Dylan as America’s “greatest living poet,” singer/songwriter Smokey Robinson has received numerous awards including the Grammy Living Legend Award, NARAS Lifetime Achievement Award, Honorary Doctorate (Howard University), Kennedy Center Honors and the National Medal of Arts Award from the President of the United States. He has also been inducted into the Rock and Roll Hall of Fame and the Songwriters’ Hall of Fame.Born and raised in Detroit, Michigan, Robinson founded The Miracles while still in high school. The group was Berry Gordy’s first vocal group, and it was at Robinson’s suggestion that Gordy started the Motown Record dynasty. Their single of Robinson’s “Shop Around” became Motown’s first No. 1 hit on the R&B singles chart.

In addition to writing dozens of hits for the Miracles, Robinson wrote and produced hits for other Motown greats including The Temptations, Mary Wells, Brenda Holloway, Marvin Gaye and others. “My Girl,” “Get Ready,” Don’t Mess with Bill,” “Ain’t That Peculiar,” and “My Guy” are just a few of his songwriting triumphs during those years. He later turned to a solo career where he continued his tradition of hit-making with “Just to See Her,” “Quiet Storm,” “Cruisin’” and “Being with You,” among others.

Tickets may be purchased online at themahaffey.com, charge by phone at 727.893.7832 or in person at The Mahaffey Theater Box Office. The Mahaffey Box Office is open 11 a.m.-5 p.m. Monday-Saturday or at least 90 minutes prior to any ticketed event.