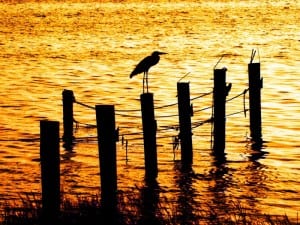 When the $1.56 million renovation project begins at the Historic Oldsmar Bank Building in downtown Oldsmar, it will continue a process that began months ago to make it the city’s first LEED-certified City owned building.  Oldsmar’s planned new construction of a Reverse Osmosis Water Treatment Plant will also be seeking LEED certification.

For those of us who are unfamiliar with LEED, those letters stand for Leadership in Energy and Environmental Design, according to Oldsmar’s Sustainability Coordinator, Julie A. Foster.  The overall goal of LEED certification is to ensure that a building’s construction and/or renovation is energy efficient and environmentally friendly.  LEED is part of the United States Green Building Council’s (USGBC) program to ensure that the sustainable building industry has a system to define and measure “green buildings.”

The Oldsmar City Council has approved the project, which John Mulvihill, the city’s Public Works Director, says will include “additional cost-effective energy conservation measures in the design to meet LEED requirements.”  Mulvihill says that the new features will provide an energy cost savings of approximately 19 percent due to a multitude of factors including upgraded lighting and high efficiency air conditioning systems.

Hoffman Architects of Tarpon Springs is the Architect completing the interior design of the building.  Oldsmar City Council unanimously approved Honors Contractors of New Port Richey, as low bidder, to complete the construction for the project, Foster says.  This is the same company that built Oldsmar’s new Library and the Cypress Forest Recreation Center.

Renovations are expected to cost nearly $1.56 million, with $1.25 million coming from the city’s Capital Improvement Fund.  The remainder will be allocated in the October 2010 Budget Revision.  Mulvihill has told Council members that he expects construction to begin on October 1and last for approximately 300 days.

These two major construction projects mark an ongoing effort by the City of Oldsmar to be in the forefront of environmental stewardship.  In fact, the city has already registered with the Florida Green Building Coalition (FGBC) to begin the process of obtaining designation as a “Green City.”   Pinellas County has previously been recognized by the FGBC as a “Green County.”

Once complete, the 1918 Bank Building will house the Oldsmar Historic Society and the Upper Tampa Bay Regional Chamber of Commerce, as well as the community Police office on its first floor, while the 4,000 square foot second floor will include the new City Council chambers and a work session conference room.

The Historic Oldsmar Bank is one of the city’s oldest public buildings.  In preparation for the upcoming renovation and to meet LEED certification requirements, the waste materials from the building needed to be recycled and/or reused In all, some 33 Tons of materials from inside the building have already been recycled with more to come, Foster says proudly.

Now it will be her responsibility in part to see that new construction planning meets the LEED requirements, too.  Even such little details as the paint being used must have no or low VOC components.  Even the caulking, glues and fabrics for the carpeting and furniture material must be environmentally safe and meet strict LEED requirements.

“As part of being a Green City, Oldsmar is committing to having all new government construction and major renovations be LEED certified,” Foster says. “In fact, the city recently signed a resolution to become an integral part of ‘Project Get Ready Tampa Bay’ by planning new electric car charging infrastructure throughout the city to be prepared for the coming of electric cars over the next four years and into the future.”

Orlando was the ninth city and Tampa Bay the tenth in the entire country to commit to the Project Get Ready program.  In Oldsmar, charge points plan to be located throughout the city at central locations such as the Library and City Hall where people can plug their cars into something that looks similar to a parking meter to get recharged.

“Here we go!” Julie Foster exclaims. “This puts Oldsmar on the cutting edge of environmental awareness.    Keep an eye on us.  There will be much, much more to come!”