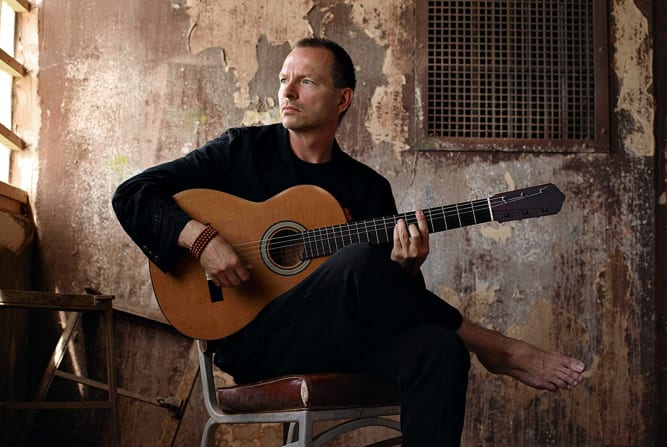 Liebert’s incredible global success on a musical level often seems like a simple outgrowth of his cultural background and powerful wanderlust in his formative years. Born in Cologne, Germany, he began playing guitar at 11 and traveled extensively through Europe and Asia intent on fully absorbing each musical tradition he encountered. After pursuing his rock and roll dreams first in his native Germany and then in Boston, he abandoned the frustrations and settled in Santa Fe, New Mexico.

In 1989, he formed Luna Negra and he has become one of the most successful instrumental artists, thrilling audiences worldwide and releasing a catalog of classic recordings. Best known for his Nouveau Flamenco guitar playing style, his debut album sold double-platinum and is still one of the best-selling guitar albums of all time.  He has received five GRAMMY® nominations and more than 35 gold and platinum award certifications in the U.S. alone.

“I was honestly happy playing this music in hotels and restaurants in Santa Fe, and going in one year from doing that to opening for Miles Davis was a pretty intense jump,” he recalls. “Most shocking for me was to realize how many different people from so many diverse cultures embraced it. I still get letters from fans in Europe, South America, Australia and Asia… it’s been a really gratifying experience.”