I was chatting with a girlfriend the other day when the conversation turned to the approaching holiday season… particularly the plethora of parties and the partaking of copious amounts of holiday cheer. “Yep, I love the holidays”, she said, “but unfortunately my liver doesn’t”.

That got me to thinking: many of us do beat our poor livers to a pulp without realizing it. Alcohol is certainly a foe, but so is stress –both of which are typically in abundance during the hectic holiday season. Thus, I decided to dedicate this holistic health installment to encouraging awareness and a kinder attitude toward this oh-so-precious organ that we generally take for granted. 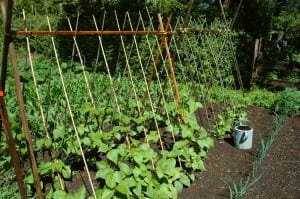 The liver’s job is to cleanse the body of all the poisons that infiltrate it on a daily basis; you’d never suspect it’s such a hard-working and remarkable organ. In fact, up to two-thirds of the liver can be damaged, yet –under the right circumstances — it can fully regenerate and restore itself. Extraordinary though it may be, when the limits of its function are surpassed, toxins will accumulate and disease will result. Period.

The biggest threats to a healthy liver include alcohol, fatty food, chemical preservatives, tobacco, stress, and drugs — acetaminophen in particular, as well as the pharmaceutical and recreational variety. But you can also toss in pollution, pesticides, and perfume (hello… chemicals applied directly to the skin?) for good measure. Persistent exposure creates damaging levels of free radicals to which the liver is particularly susceptible. Okie dokie. We now know what’s bad for the liver. Now, what’s good?

A diet rich in antioxidants and low in fat, for starters. Fat blocks circulation within the liver,  which causes it to work much harder. Raw fruits and veggies, particularly deep green leafy’s, carrots, seaweed, tofu, garlic, wheat germ, fresh lemons — these all support a healthy liver. However…. here comes the holiday season and you know you’re going to be a better host to your guests than you will to your liver. Don’t fret. Nature’s pharmacy to the rescue. Here’s a short list of the many natural remedies useful for boosting liver health, all of which have been validated by modern science.

Milk Thistle (silybum marianum)
The quintessential liver herb, used since 1st century Rome. Beneficial on many levels, but most notably for its ability to protect healthy liver cells from toxic attack. Milk thistle is also a big-gun antioxidant, encourages the repair of damaged cells, and stimulates the immune system. It is widely used for cirrhosis, both alcoholic and viral hepatitis, even Crohn’s disease and irritable bowel syndrome.

Burdock (arctium lappa)
Used since ancient times by cultures the world over, burdock is an excellent detoxifier and blood purifier. Research shows that it cleanses and restores liver, gallbladder, and kidney function. It enhances the body’s ability to release toxins, has an anti-inflammatory effect, and reduces cell mutation.

Turmeric (curcuma longa)
This is a powerful healing herb revered in Ayurvedic medicine dating back 5,000 years. Studies show turmeric protects liver cells from the damaging effects of alcohol and other toxins. Turmeric also accelerates detoxification, reduces cholesterol, and treats the pain and inflammation of all types of arthritis. There is current research into the use of turmeric to slow and possibly reverse the effects of Alzheimer’s disease.

Dandelion (taraxacum officiale)
Used for centuries and heavily clinically studied in Germany, dandelion root has a significant cleansing effect on the liver by stimulating the production and flow of bile. It’s rejuvenates the liver and reduces the formation of gallstones. Studies also show it’s also effective for constipation, irritable bowel syndrome, and hemorrhoids.

Chill Out (relax & breathe)
Traditional Chinese medicine holds that anger is particularly damaging to the liver, and we all know that stress will kill you. So do what you need to do to let off the steam and your liver –as well as all those around you– will thank you.

Abstaining from alcohol and reducing chemical exposure are sure fire solutions for keeping your liver in the pink. But if the urge to partake in the spirits of the season is too strong to ignore, there are gentle, effective, affordable solutions for an overworked liver. As always, be smart about using natural remedies, and consult your practitioner first if you take any prescription drugs or have any kind of chronic condition.

And finally, remember that knowledge is power– so do your own research! Check out the National Center for Complimentary and Alternative Medicine at www.nccam.nih.gov or the American Botanical Council at www.herbalgram.org.

Julie Brannon is an herbal educator, purveyor of tough love, and owner of Bailey’s Naturals Herbal Apothecary in Safety Harbor

This information is provided for educational purposes only, It is not intended to diagnose, treat, or prevent any illness or disease, nor should it be considered a substitute for the expert care of a qualified health practitioner.