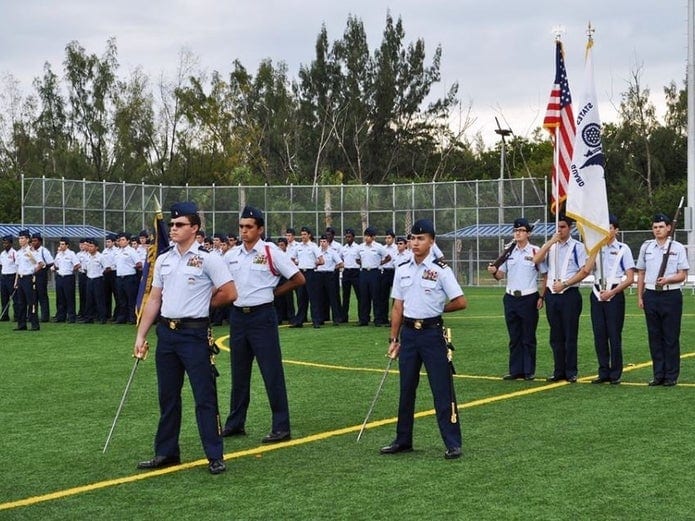 Pinellas Park High School has been chosen to host the nation’s third U.S. Coast Guard Junior Reserve Officers’ Training Corps program.  It will be modeled after the Coast Guard’s JROTC program at Maritime and Science Technology Academy in Miami.  The third such program is offered at Camden County/CamTech High School in Elizabeth City, North Carolina.

“Pinellas County is incredibly proud to be home to one of the largest hubs of United States Coast Guard commands, where over a thousand brave Coasties serve their country, protect our waterways, and keep Pinellas County residents safe,” Crist said in his announcement. “I can think of no better location for the next Coast Guard JROTC program than our very own Pinellas Park High School. I thank the Coast Guard for their continued commitment to our community, and I look forward to seeing the nation’s third-ever Coast Guard JROTC stationed in Pinellas.”

“Pinellas County Schools is honored to be awarded a United States Coast Guard JROTC program at Pinellas Park High School,” said Pinellas Schools Superintendent Mike Grego. “As one of only three such programs in the nation, we are thrilled to be able to offer this leadership opportunity to the students of our district.”

Superintendent Grego expressed Pinellas Schools appreciation to Congressman Crist, Admiral Schultz, Principal Patterson, CTAE Executive Director Mark Hunt, and everyone else involved for their efforts to bring this prestigious program to Pinellas County. For a neat place to visit in Pinellas County check out the John Chestnut Senior Park here.