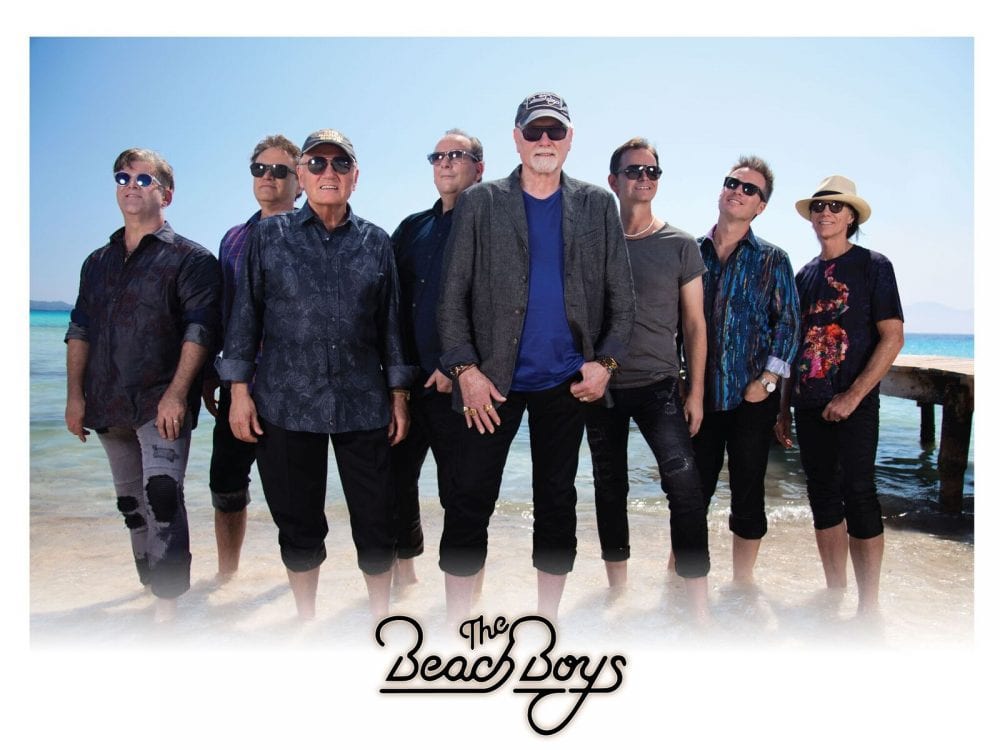 Resurgence of The Beach Boys Rocks Our World!

The Beach Boys are led by Mike Love and Bruce Johnston, who along with Jeffrey Foskett, Brian Eichenburger, Tim Bonhomme, John Cowsill and Scott Totten continue the legacy of the iconic American band. GRAMMY®-winning songwriter Bruce Johnston joined The Beach Boys in 1965, replacing Glenn Campbell, who filled-in for Brian Wilson, on vocals/bass, when he retired from touring. Highly regarded in his field, Johnston’s vocal work with such legendary artists as Elton John and Pink Floyd firmly established him among rock’s elite artists.

The Beach Boys classic songs epitomize the spirit of the California lifestyle and they have become an American icon to a worldwide audience. The Beach Boys’ first hit Surfin’ Safari launched a string of chart-topping songs that spans more than fifty years and includes eternal anthems of American youth: Surfin’ USA, Surfer Girl, Fun, Fun, Fun, I Get Around, California Girls, Help Me Rhonda, Barbara Ann, Good Vibrations, Wouldn’t It Be Nice, Rock and Roll Music, Kokomo and more.

Captained by Mike Love, The Beach Boys celebrated the 50th anniversary of the hit Good Vibrations, which is widely considered one of the greatest masterpieces in the history of rock and roll. The band commemorated this prolific time in the life of the Beach Boys with a 50 Years of Good Vibrations tour. Additionally, front man Mike Love released his highly-anticipated memoir titled GOOD VIBRATIONS: My Life as a Beach Boy, in September 2016.

The Beach Boys have continued to create and perform with the same bold imagination and style that marked their explosive debut over 50 years ago. In 2013, their Capitol Records release, Sounds of Summer (RIAA certified triple platinum with over three million in sales and climbing), and its companion The Warmth of the Sun marked a resurgence in Beach Boys interest that again rocked the world.

The Beach Boys were inducted into the prestigious Rock and Roll Hall of Fame in 1988 and won the NARAS Lifetime Achievement Award in 2001 (along with The Who, Bob Marley, Tony Bennett, Sammy Davis, Jr. and Les Paul). They have worldwide album sales of more than 100 million and still, The Beach Boys continue to have fun, fun, fun, with no end in sight.