The Florida Orchestra Presents  ‘Rhythms of Cuba’ This May

“Music is such a wonderful way to communicate with others, to remind us of our shared feelings and emotions as human beings. It does not matter if you speak different languages or if you are from different cultures. Music can touch people, it can move people, it can bring people together. That is an important part of our cultural exchange with Cuba.” – TFO Music Director Stefan Sanderling 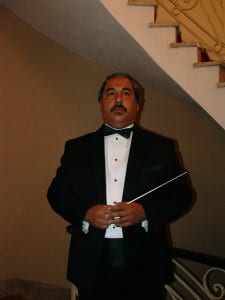 In a Latin flavored program they have prepared for the series, Music Director Enrique Pérez Mesa of La Orquesta Sinfónica Nacional de Cuba will be joined by Principal Timpanist John Bannon in James Lewis’ Cubanitis for solo timpani and orchestra on a program with Carlos Fariñas’ Penthesilea: Preludio, Guido López-Gavilán’s Ritmotiv, José Pablo Moncayo’s Huapango and Prokofiev’s Symphony No. 1, Classical.

With Tampa Bay’s rich Cuban heritage and after several months of communications with Cuba’s Music Institute of Havana (Instituto de Música de La Habana), The Florida Orchestra began a multi-year cultural exchange with Cuba last September that included members of the Orchestra performing in Havana and Cuban representatives coming here to perform. The Florida Orchestra’s Music Director Stefan Sanderling has been invited to conduct the National Symphony Orchestra of Cuba. That could happen sometime early next year. Officials hope that someday, the entire Florida Orchestra will take a flight to Cuba to perform.

The first phase of the exchange was September 29 – October 2, 2011, which was the first time since 1999 that a professional American orchestra had sent five musicians and three staffers to C uba and only the second time since the 1959 revolution. It took place shortly after the nearly 50-year ban on travel to Cuba was lifted in early September. 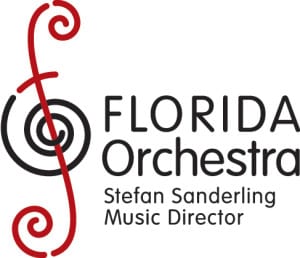 The Orchestra’s principal winds ensemble took a direct flight from Tampa to Havana where they performed a concert in the Oratorio San Filipe Neri, taught master classes at the Instituto Cubano de la Musica y al Conservatorio Amadeo Roldan and met fellow musicians from the National Symphony Orchestra of Cuba after attending a rehearsal of the Cuban National Symphony Orchestra in the Covarrubias Hall of the National Theater of Cuba.

Tickets for “Rhythms of Cuba” are available on line at www.FloridaOrchestra.org. where interested music lovers can find a complete schedule of remaining concerts in the Morning Masterworks and Coffee Concerts series at the Mahaffey and at Ruth Eckerd Hall as well as the remaining evening Masterworks and Raymond James Pop Concerts at all three venues.

Information on ticket prices and availability can be obtained on line or by calling 727-892-337 or 800-662-7286. Any remaining tickets will be available at the box offices on the evenings of the performances.

Performing nearly 100 concerts annually in the tri-city area of Tampa, Clearwater, and St. Petersburg, The Florida Orchestra is recognized as Tampa Bay’s leading performing arts institution, one of the leading professional symphony orchestras in Florida, and one of the most vibrant orchestras in the United States. With live performances including the Tampa Bay Times Masterworks, Raymond James Pops, Coffee Concerts, Progress Energy Morning Masterworks, as well as Youth Concerts and Free Pops in the Park Concerts,

The Florida Orchestra offers a vast scope of concerts each year. The mission of The Florida Orchestra is to enrich the life of the Tampa Bay area as it inspires, entertains and educates a wide and diverse audience with the unique experience of live symphonic music, ensuring that future generations will continue to enjoy this legacy that so magnificently celebrates the human spirit.