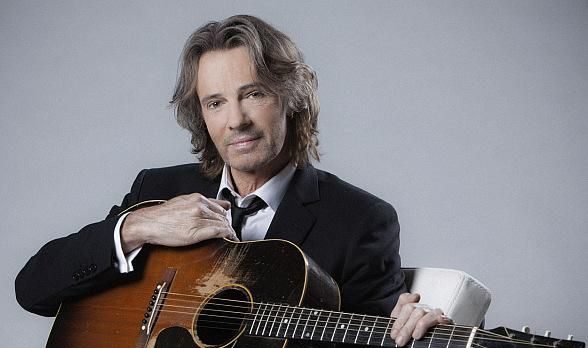 To the Mahaffey Theater

Over the past four decades, Rick Springfield has worn many hats as an entertainer and performer. The creator of some of the finest power-pop of the ’80s, a Grammy Award-winningsinger, songwriter, and musician who has sold 25 million albums and scored 17 U.S. Top 40 hits, including “Jessie’s Girl,” “Don’t Talk to Strangers,” “An Affair of the Heart,” “I’ve Done Everything for You,” “Love Somebody,” and “Human Touch.”  Rick Springfield will be coming to St Pete on Wednesday, February 1 at 8 p.m.

Rick Springfield’s an accomplished actor who starred opposite Meryl Streep in the feature film Ricki and the Flash and gave a chameleonic performance as the creepy Dr. Irving Pitlor in HBO’s prestige drama True Detective, earned great reviews for his portrayal of Lucifer on the CW hit Supernatural and most recently played the insane Pastor Charles on FX’s worldwide hit series American Horror Story.

It has been a long and fruitful affair, and one that has gifted Rick Springfield with a powerful connection to his legions of devoted fans, who pack his annual fan getaway events, as well as the nearly 100 shows a year he performs both with his band and solo in an intimate “storyteller” setting that he captured on the 2015 CD/DVD and concert film Stripped Down. Though too self-deprecating to discuss his immense appeal, he will acknowledge that the fans connect with him through the music. “I guess they think I’m honest,” he says. “They must like my approach, what I write about. I think they like that I have a sense of humor in it at times. Because the ‘cute’ thing isn’t going to last forever.”

Tickets can be purchased online through Ticketmaster, or by calling (727) 300-2000.  For tickets click here:  BUY TICKETS