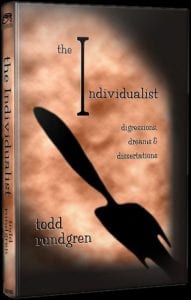 More than just a concert, Rundgren has created a hybrid book/concert tour that follows the flow of his autobiography.

Reflecting on his successful career as well as his rollercoaster personal life, Rundgren has created bite-size snippets retelling his perspective in single-page, three paragraph chapters. He is no stranger to the limelight and has recounted his meetings with Janis Joplin, Brian Wilson, Ringo Starr, Meat Loaf and other members of rock royalty. The format of the book is simple. The chapter will open with the recounting of an event, followed by a subjective assessment of his state of mind at the time (or the memory left hereafter), and finished with conclusion in hind-sight.

The concert will highlight both hits and “deep tracks” from his 50-year career in the music industry. Born and raised in Philadelphia, Rundgren began playing guitar as a teen and quickly moved on to found and front quintessential ‘60s psychedelic group, Nazz. After parting from the band Rundgren released his first solo album, Runt, in 1969. He became heralded as ‘Rock’s New Wunderkind’ in 1972 following the release of Something/Anything? on which he sang every vocal line, played every instrument, and produced on his own.

In 1974 he founded Todd Rundgren’s Utopia (later to be changed to Utopia in 1976) and took a new approach to interactive musicianship. From being the first to nationally broadcast a live rock concert on the radio, to allowing television viewers to vote on songs in the first interactive tv concert in 1978, Rundgren has a long standing history of groundbreaking multimedia firsts. For the first time listeners could subscribe and support an artist directly with the launching of PatroNet in 1998, much like Patreon allows you to subscribe to their content creators today!

A man of many talents, Rundgren has taken to producing and writing for others as well. Production projects include albums by Patti Smith, Cheap Trick, Meat Loaf, XTC, Grand Funk Railroad and Hall And Oates. He has also composed music for film and television including hit blockbuster Dumb and Dumber, and the shows Pee Wee’s Playhouse and Crime Story.

Published by Cleopatra Records, The Individualist- Digressions, Dreams & Dissertations has been met with rave reviews from fans. “True Todd Rundgren Style” is the perfect way to sum up the book. He has always found a way to place a creative spin on whatever project he endeavors into. Offering loads of insight into everything he can remember, this book is perfect for readers interested in the reality of rock and roll.

The tour makes its way to Duke Energy Center for the Arts – Mahaffey Theater in downtown St. Petersburg on June 20 at 7:30pm.