Selmon Brings the Basics Back

Selmon Brings the Basics Back to Hospitality and the Community 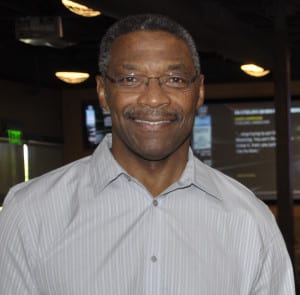 If you ask the namesake for Lee Roy Selmon’s the components of a good restaurant’s game plan, he’ll tell you: great food, great hospitality and fun. Since joining forces under MVP Holdings with partners and Outback Steakhouse founders Chris Sullivan and Bob Basham in 2009, NFL Hall of Famer and former Tampa Bay Buccaneer Lee Roy Selmon has become an integral part of the restaurant group’s team with seven southwest Florida locations.

On June 15, Lee Roy Selmon’s (www.leeroyselmons.com) launched its first new sports restaurant and bar in five years in Palm Harbor, located in the Park Avenue Shoppes at 34200 U.S. Hwy. 19 N. The NFL legend sees this latest addition as another opportunity to share its signature hospitality, something he recalls as a part of life growing up on a farm in Eufaula, Oklahoma as the youngest of nine children.

“When visitors came to our home, we wanted to make sure that they had a good time while they were there, with the hopes that they would come back and visit us again,” he says. “I liken our customers to fans who are coming to a game. They want to leave feeling that it was a great experience and that they got their money’s worth.”

The Palm Harbor restaurant features a new design which includes multi-level seating, semi-private areas for group functions and a sports bar with more than three dozen HDTVs for serious sports fans and another three dozen HDTVs throughout the rest of the restaurant.

Selmon says he brings his close-knit, small-town upbringing to each dining establishment and its menu which reflects home-style family cooking, from Selmon’s Sweet Heat Fried Chicken and Mama’s Meatloaf to Fried Green Tomatoes and Georgia Peach Cobbler. This summer, the restaurant adds lighter, healthier fare, including flatbreads and a variety of new salads.

Steve Przybycien, managing partner for the Palm Harbor restaurant, says that working with Selmon throughout the launch of the new location has been an amazing experience.

“Lee Roy Selmon has a sense of warmth and hospitality which was welcomed by the staff immediately. He takes the time to share his experiences with the staff and customers when he is in the restaurant,” he says. “He has shown us the importance of family and friends, which we share daily.” 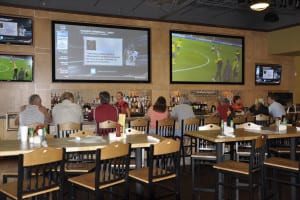 For Selmon, family, faith and community are of utmost importance. Married for 34 years, he and wife Claybra have three grown children. In addition to his work with the restaurant group, he maintains a full-time development role at the University of South Florida as President of the USF Foundation Partnership for Athletics. Selmon also stays active in the Tampa Bay area, supporting local non-profits and speaking at events. He often talks with students and athletes at Bay area schools about the core principles he says continue to guide him in his life.

“To me, there’s no greater purpose than helping young people,” Selmon says. “No matter what we do, we can share with young people our experiences and what we’ve derived as some of the keys to success and instill in them the core: stay in school, work hard and make good decisions.”

Selmon credits his parents for sharing with him at an early age the importance of working hard and helping others, values that he says carried him through childhood, as an All-American at University of Oklahoma, through nine seasons with the Bucs, and later as a businessman and philanthropist. He says parents must always remind themselves that they are the true role models for their kids.

Selmon’s business partner Chris Sullivan says that the secret to the football legend’s ability to connect with people starts with a refreshing ability to be real.

“There are no surprises with Lee Roy. He’s smart, thoughtful, listens well and offers good ideas and suggestions,” Sullivan says. “He’s as solid as they get.”

As the first Buc enshrined in the Pro Football Hall of Fame and with a major local expressway bearing his name, Selmon says he considers himself blessed. The steady stream of Bucs fans and patrons who stop by the restaurant and walk up to shake hands with the six-time Pro Bowler demonstrate that his popularity is unparalleled in the Tampa Bay area.

“Lee Roy is probably the most beloved person in our community,” Sullivan says. “What he did on the football field is legendary, but what he’s done beyond that is really well-respected. People have a real affection for Lee Roy, and he gives that back to them.”