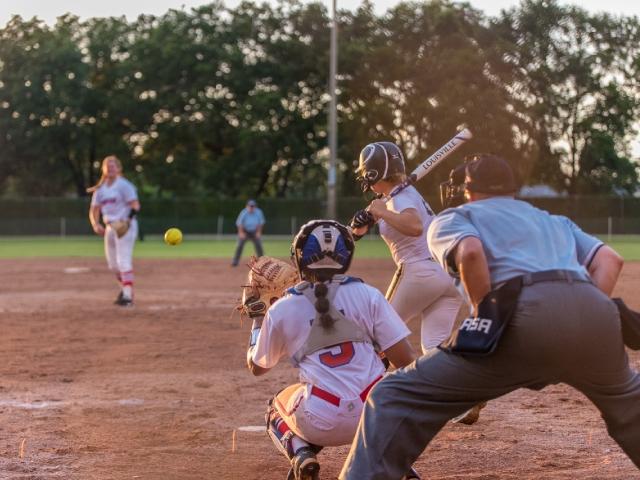 ESPN Events’ St. Pete Clearwater Elite Invitational Presented by Wilson returns to the Eddie C. Moore Complex in Clearwater, Fla., for its second year, with more than 40 games available on ESPN’s Networks, February 13-16. Each team in the field of 16 will play four to six games over the course of the four days, with the 2020 USA Softball Women’s National Team (WNT) also competing in three exhibition games throughout the weekend.

As part of this year’s schedule of St. Pete Clearwater Elite Invitational games, the 2020 USA Softball Women’s National Team (WNT) will participate in three exhibition games as part of its “Stand Beside Her” tour.  The WNT will face Liberty on Wednesday, Feb. 12, at 6 p.m., Oklahoma State on Sunday, Feb. 16, at 10 a.m. followed by Washington at 12:30 p.m. The Sunday matchups will be available on ESPN3 in the ESPN App.

Co-founded by ESPN softball analysts Amanda Scarborough and Jen Schroeder—along with former Washington standout Morgan Stuart—The Packaged Deal is the number one softball clinic in the world with an elite staff of coaches that includes former collegiate softball stars, All-Americans, national champions and U.S. National Team members. The Packaged Deal Clinic will take place on Saturday, Feb. 15 and Sunday, Feb. 16.  Registration for the clinic includes a ticket to watch games taking place on Fields 1-4 for each day of the clinic. More details on the clinics and how to register can be found here.

For more information and to see the event website click here. For other great sports in the Destination Tampa Bay area check this out here.