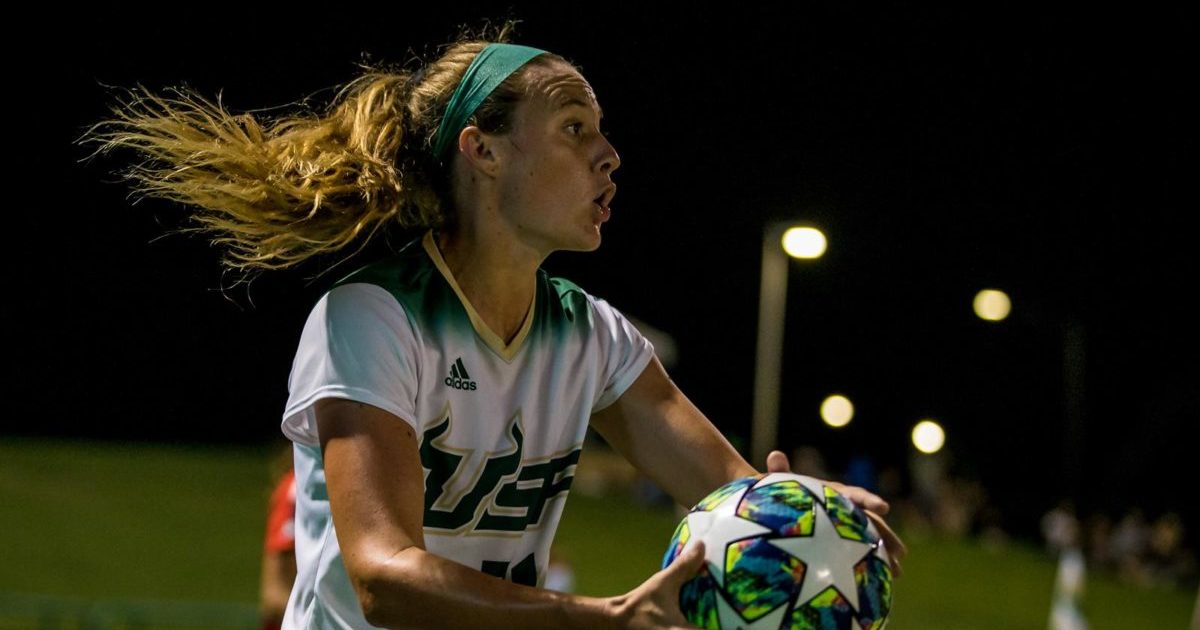 The Tampa Bay Strikers have announced the signing of their first player to the roster, former USF women’s team member Defender Brianna Blethen.

“I am thrilled to announce my first player acquisition for the Tampa Bay Strikers, Bri Blethen. Bri is an amazing athlete and spent her youth and college career in the Tampa Bay Area. I could not be more excited to have Bri as the first member of our team,” said Strikers Head Coach Martin Gramatica. 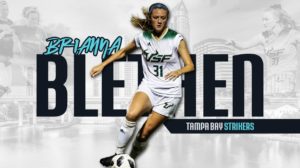 Blethen was a four-year member of the University of South Florida squad and helped push the team to a program best third-round finish in the 2019 NCAA tournament. She started 48 of her 73 appearances in green and gold, logging 4,810 minutes over her four seasons. The defender scored four goals and tallied five assists for 13 points as a Bull, including a junior season where she had three goals and three assists.

“I am so excited to be a part of this organization and honored to be the team’s first signee. I can’t wait to learn new aspects of the indoor game from Coach Gramatica. Thank you to USF women’s soccer Head Coach Denise Schilte-Brown for referring me to the Strikers for this opportunity. Thank you again to the Tampa Bay strikers organization and Coach Martín Gramatica. I am looking forward to continuing to represent the Tampa Bay area!”

In her senior season, TopDrawerSoccer.com selected the Bradenton, Fla., native to its team of the week on Oct. 21, 2019 after she posted an assist and seven shots across two games. On defense in her senior year, Blethen anchored a back line that allowed only 8.1 shot attempts per game, which ranked No. 1 in The American Athletic Conference. The year prior, she scored the game-winning goal against Tulsa, helping the Bulls win the AAC regular-season title.

“I’m super excited about the opportunity for Bri. She is a superior athlete and will add a lot of leadership and technical ability to this young team. Tampa Bay is gearing up for the first professional women’s indoor team ever and I can’t think of a better person to be their first signee,” said USF Women’s Head Coach Denise Schilte-Brown.

In 2020 Blethen signed in Czech Republic with 1. FC Slovacko Zeny.

The Strikers will be hosting open tryouts later this month; players interested should submit their information here: https://www.tbstrikers.com/tryouts

About the Tampa Bay Strikers

The Tampa Bay Strikers were formally announced on July 11th, 2022 and call Yuengling Center home.  The Strikers will operate both a Women’s and Men’s professional indoor soccer teams.  There will be 10 home dates that will include both teams playing with the season kicking off in December.  For more information visit www.tbstrikers.com.  Instagram/Twitter/Facebook: @TBStrikers  #StrikeBack #NISLpro