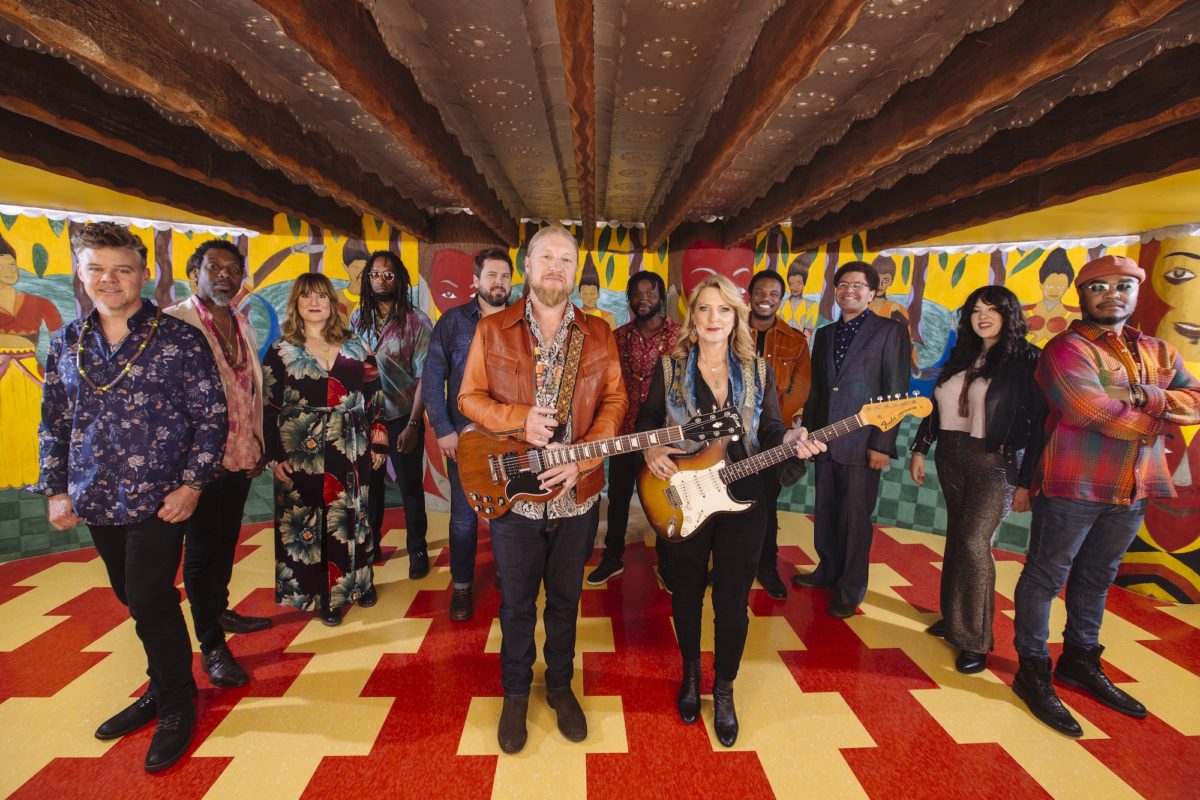 Ruth Eckerd Hall presents Tedeschi Trucks Band on Saturday, January 21 at 8 pm.  Tedeschi Trucks Band is a GRAMMY® award-winning 12-piece powerhouse ensemble led by the husband/wife duo of guitarist Derek Trucks and singer/guitarist Susan Tedeschi, “two of the best roots rock musicians of their generation” (NPR). With their own potent original songwriting alongside an extensive canon of influences, the dynamic all-star band owns a reputation for world-class musical expression bolstered by each album and every performance.

Since forming in 2010, TTB’s caravan has traveled countless miles to bring their music to audiences around the world. From sold-out multi-night residencies across America to barnstorming tours through Europe and Japan to the flagship Wheels of Soul annual summer amphitheater tour, the band’s shows are an eagerly anticipated highlight of the live music calendar and “nothing short of exhilarating” (Salon). Whether on stage or in the studio, when these supremely talented artists get together, it’s a musical experience of profound quality.

The band’s most recent release, I Am the Moon, is the most ambitious studio project of Tedeschi Trucks Band’s storied career, and is comprised of four albums, I. Crescent, II. Ascension, III. The Fall, IV. Farewell and four companion films that were released throughout the summer of 2022. The freedom from the road allowed the band to take an innovative approach to writing and recording music, which included significant song writing input and ideas from all members of the band. The thematic I Am the Moon totals more than two hours of music unfolding across a robust tapestry of genre-defying explorations that propel the treasured American ensemble into new and thrilling creative territory.

Tedeschi Trucks Band is also the subject of the newly released documentary, Learning to Live Together: The Return of Mad Dogs & Englishmen, which Variety hails as “a serious blast of rock ‘n’ roll love…and a testament to how one gorgeously raucous rock ‘n’ roll moment can reverberate through the decades.” The film chronicles the historic Mad Dogs reunion concert spearheaded by Tedeschi and Trucks that took place at 2015’s LOCKN’ festival.