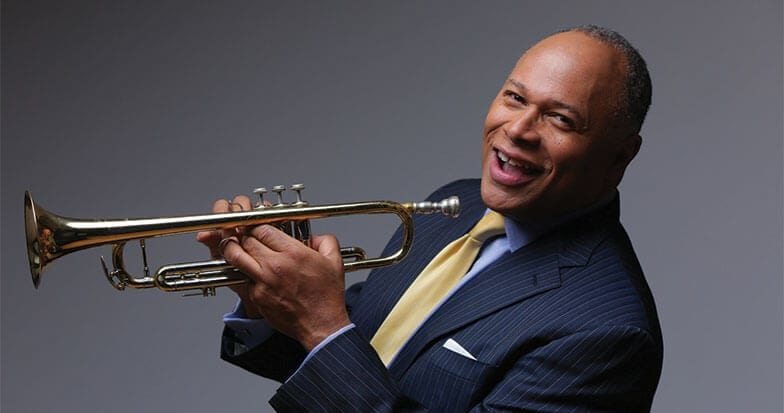 The Florida Orchestra plays beloved Jazz Standard. They will perform the music and story of Duke Ellington and Billy Strayhorn, who collaborated on some of the most beloved jazz standards of all time in three concerts this month. On Friday, Jan. 10, at 8 p.m., The Florida Orchestra will take the stage at The Straz Center for Performing Arts in Tampa. The following day they will be at the Duke Center for the Arts – The Mahaffey Theater in St. Petersburg for a 2 p.m. Matinee and an 8 p.m. evening performance.

In the  concert titled, “Lush Life: Ellington & Strayhorn, the Florida Orchestra will bring back memories from Ellington and Strayhorn’s timeless repertoire including “Take The A Train,” “Satin Doll” and “Tchaikovsky’s Nutcracker Suite.”  Byron Stripling will serve as conductor and lead trumpet for this special show. (LEFT-The Florida Orchestra Byron Stripling, conductor and trumpet Bernard Holcomb also featured image ABOVE)

Its time again for another Tampa Bay Times Masterworks Series, where the Florida Orchestra will combine art and ballet in a concert titled, “Beethoven’s Piano Concerto No. 3.” Featuring the Museum of Fine Arts, The Tampa City Ballet and original art by Geff Strok, Michael Francis will conduct music by Beethoven, Rimsky-Korsakov and Stravinsky in this unique rendering of memorable classical selections.

The program is scheduled to be performed at the Straz Center for Performing Arts in Tampa on January 17 at 8 p.m. Performances are also set at St. Petersburg’s Duke Center for the Arts – The Mahaffey Theater on Saturday, Jan. 18, at 8 p.m. and on Sunday, Jan 19 at 2 p.m. Tickets are available online at FloridaOrchestra.org. For details on this program as well as other events planned during the month of January, visit FloridaOrchestra.org. (RIGHT Conductor Michael Francis).