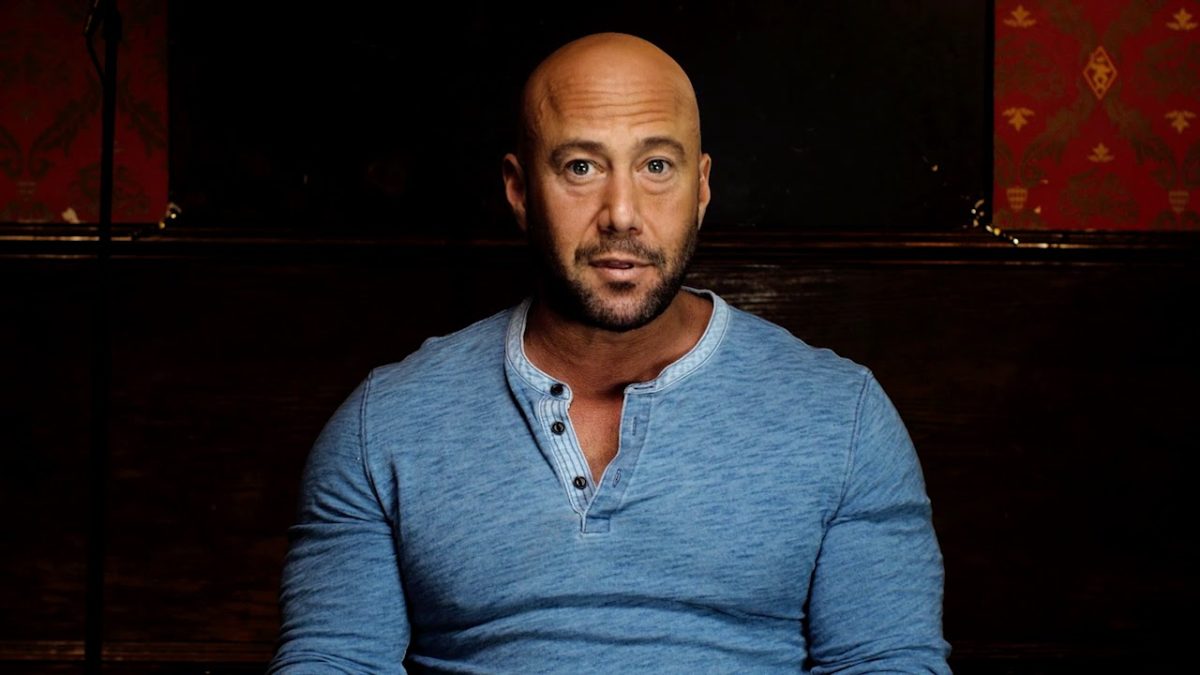 THE NO APOLOGIES COMEDY TOUR

THIS FOUR COMIC TSUNAMI WILL BE BLOWING INTO ST. PETERSBURG

The No Apologies Comedy Tour will feature four comedians that will be coming to St Petersburg that will literally wash you away in laughter! Comedians Tom Cotter, Mitch Fatel, Mark Riccadonna, and Aaron Berg are in your face, on the edge, take no prisoners, and make No Apologies! Together, they are the comedic tsunami known as The No Apologies Comedy Tour and they are scheduled to land at The Duke Energy Center for the Arts – Mahaffey Theater on Friday, December 18th at 8:00PM. In-person tickets (which are limited) and Live Streaming tickets are on-sale now online at www.TheMahaffey.com.

Combined, The No Apologies Comedy Tour will feature four comedians have national credentials including Comedy Central Specials, America’s Got Talent, The Tonight Show with Jay Leno, The Late Show with David Letterman, Conan, The Late Late Show with Craig Ferguson, Last Comic Standing, Byron Allen’s Comics Unleashed, The Howard Stern Show (Sirius XM), and many more. The No Apologies Comedy Tour artist combined have recorded numerous comedy albums, have millions of YouTube views, and have performed at casinos, theaters, performing arts centers, and every comedy club in the country!

For a howling good time and an evening of side-splitting laughs, you don’t want to miss the No Apologies Comedy Tour!

**THIS IS AN ADULTS ONLY SHOW. MUST BE OVER 18 TO PURCHASE**

The Comedians in the No Apologies Comedy Tour:

Aaron Berg (LEFT and ABOVE) made his Comedy Central debut on THIS IS NOT HAPPENING in 2016 and has made two appearances on AXS TV’s LIVE AT GOTHAM and Seeso’s BIG JAY OAKERSON’S “WYFD?!?”. He has also appeared in Comedy Central’s Roast Battle Season 2. In 2019, his world record-breaking documentary “25 Sets” was released and he appeared in DC Comics feature film THE KITCHEN. Aaron is half of the daily morning show “IN HOT WATER” which can only be viewed on COMPOUNDMEDIA.COM. He is also an author and has two books out currently: Mr. Manners and American Etiquette.

His three albums are available on iTunes and Amazon – COMEDY COLTRANE, Mr. Manners Live From Long Island City and UNSCRIPTED. Aaron is the host of FRANTIC MONDAYS at the STAND NYC can be seen every night performing stand-up in NYC.

Even before his historic runner-up finish on NBC’s America’s Got Talent, Tom Cotter (RIGHT) was already one of the most prolifically funny comedians in the country. Yet, in the time since his standout performances on that show, he has only continued to hone his craft, treating audiences across the United States and around the world to a tour-de-force of homespun satire and side-splitting wordplay. Tom earned his chops winning the Seattle International Comedy Competition, the grand prize at The Boston Comedy Festival and was voted “Best Stand-Up” at The Las Vegas Comedy Festival. Today, he remains a familiar face from appearances on late night talk shows, in countless broadcast and cable comedy programs, and in his own original comedy specials. Yes, Tom’s got talent. And he’ll give you a belly ache from laughing to prove it!

With his innocent and friendly demeanor, Mitch Fatel (LEFT) quickly engages the audience and then catches them off guard with a mixture of mischievous dialog and off-color comments. While laughing at observations only Mitch can get away with, we are left wondering if he truly understands what he just said. We never really know.

Mitch has been showcasing his talent to rave reviews for 30 years now. His resume, too extensive to list in its entirety, includes 2 Comedy Central specials (one of which was voted #6 all time by viewers) and 3 best-selling CD’s. He has appeared on almost every Late Night Comedy Show and in 2006 he took home honors as the Best Comedian at the HBO Aspen Comedy Festival. He has a new 1 hour special set for release in winter 2020/2021 and he currently co-hosts the PUNCH-lines Podcast (Punchlinespodcast.com) which studies and dissects the psychology of stand-up comedy.

Mark (RIGHT) stumbled upon a stand-up comedy in New York City and found success as a storyteller, performing throughout the City, and ‘on the road’. He has performed for Armed Forces Entertainment and has entertained U.S. and U.N. Troops on six continents and across the United States. Outside of comedy, Mark is an accomplished actor and writer. Most recently Mark played a lead role in the feature film “Days of Power” and was a contributing writer for Saturday Night Live’s Weekend Update. He is the writer/creator of the new TV series “Radio Gods”, is a columnist and travel writer for “Todays Man” Magazine, performed for AXS TV Live at Gotham, FOX’s Laughs, can be heard on Sirius/XM and Bob and Tom, and is the co-host of the hit Podcast, Drinks, Jokes and Storytelling.

He is a gifted storyteller, with a charisma that makes you feel like you’ve known him forever, unique delivery, signature voice (that has landed him several commercials) and likability; you will see why he is a favorite at clubs and theatres everywhere. Mark has performed for companies such as General Electric, Lego, The Hartford Insurance agency, Shoprite and Xerox.

About The Duke Energy Center for the Arts – Mahaffey Theater

The Duke Energy Center for the Arts – Mahaffey Theater, under the management of Big3 Entertainment, is one of Tampa Bay’s top-rated performing arts venues. Home to the Florida Orchestra, the world class Mahaffey Theater hosts top-quality national and international artists and performances – pop, rock, comedy, theater, dance, classical and interactive engagements and exhibitions. Located in the heart of downtown St. Petersburg, the 2,031-seat cultural jewel boasts spectacular waterfront views and is located only minutes away from white sandy beaches and world-renowned museums.

Content provided by Mahaffey Theater. Each photograph of comedian shown are subject to copyright and restricted to editorial use by Destination Tampa Bay ™. For more comedy check out the Crossing the Bay Musical Comedy. you may also like Comedian Ron “Tater Salad” White!