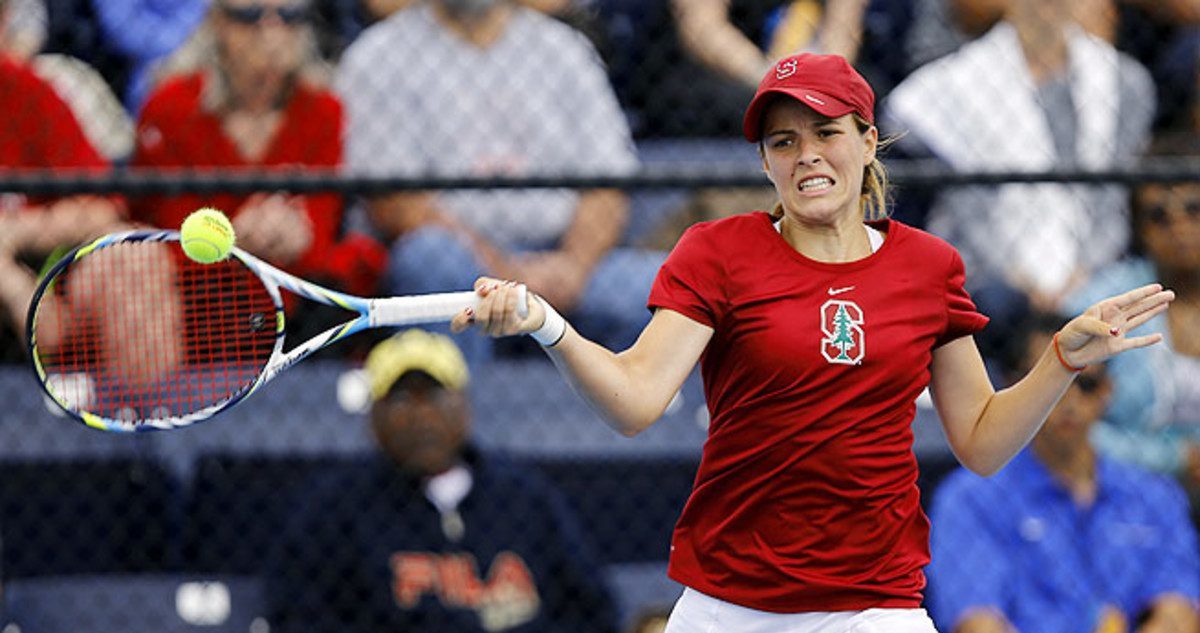 In four weeks, women’s professional tennis will return to Innisbrook Resort for the U.S. Women’s Pro Clay Court Championship, a $100,000 USTA Pro Circuit and ITF tournament that will be held April 11-17.

When the tournament last took place in 2019, the singles title was won by Barbora Krejcikova (directly below) who defeated top seed and former NCAA Champion Nicole Gibbs (Featured Above) in the final. Since that victory, Krejcikova has won three WTA Tour singles titles, including the 2021 French Open for her first Major championship. Krejcikova also owns 12 career doubles titles, including four at Grand Slam events, as well as a gold medal at last summer’s Tokyo Olympics.

The 2019 doubles title at Innisbrook was claimed by the American duo of Ingrid Neel and Quinn Gleason, who played collegiately at the University of Florida and Notre Dame, respectively.

“This tournament is a great opportunity to see players who are on the verge of a breakthrough on the WTA Tour,” said Joe Mattingly, Director of Tennis at Innisbrook. “Barbora is certainly a testament to that, having won our title just two years before she became a Major champion. It shows how events like this are important to the professional development of players.”

The U.S. Pro Women’s Clay Court Championships features a 32-player field in singles and 16-team doubles draw. The players will be announced later this month.

The tournament is also part of the USTA French Open wild card challenge, which will award an American player a wild card entry to the year’s second Grand Slam event.

In addition to the great tennis action, fans will be able to enjoy the fare from several food trucks that will be at the venue during the week, including Pam Pizza Conez, Go STUFF Urself and Wich Press.

Information about community and special events related to the tournament will be released in coming weeks. Tickets are on sale now at www.springtennisfestival.com

The annual U.S. Pro Women’s Clay Court Championships is a USTA Pro Circuit event. This week-long showcase will bring some of the best women’s tennis players from around the world in addition to offering nightly live entertainment, amazing food and drinks, and a social atmosphere that rivals some of the area’s best. The $100,000 tournament is also part of the USTA’s French Open wild card challenge. In 2019, Barbora Krejcikova won the singles title while Ingrid Neel and Quinn Gleason teamed up to win the doubles. A Spring Tennis Festival event, the tournament is held at Innisbrook Resort. More information can be found by visiting springtennisfestival.com