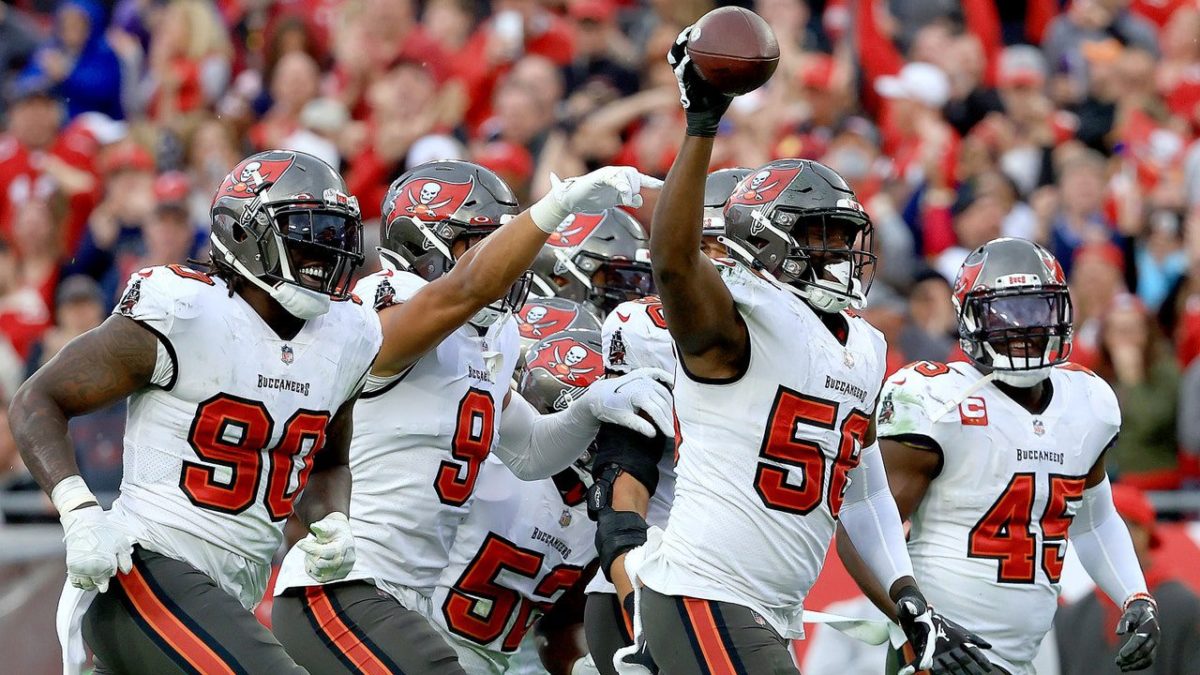 What Failed for the Bucs in the Playoffs?

The Tampa Bay Buccaneers saw their bid for successive Super Bowls ended by the Los Angeles Rams in the divisional round of the NFC playoffs at the end of last month.

Before the playoff, Brady was leading the Super Bowl MVP betting odds by TwinSpires, but unfortunately he did not feature again in the big game.

The 30-27 defeat at Raymond James Stadium proved the last game of Tom Brady’s career as the superstar quarterback weeks later announced his retirement after 22 seasons and a record seven Super Bowl rings.

So, what went wrong for the Bucs in the playoffs?

Bucs on the Offense:

The second half was everything that has been great about the Bucs offense for much of the past two seasons as the team rallied from a half-time deficit, and 14 points down with less than four minutes left in the fourth quarter to level inside the last minute.

However, that Tampa Bay left themselves such a mountain to climb at 27-3 down at the break highlighted some offensive issues. Neither the passing nor the running game was effective for the first two quarters as the Bucs offense moved for just 118 yards.

The problems weren’t limited to how the Bucs moved the ball, either, as the offensive line proved the team’s biggest issue, especially in the first half. Missing right tackle Tristan Wirfs, and with center Ryan Jensen playing through injury, the Bucs’ offensive line struggled up against the Rams defense, constantly leaving Brady under pressure.

Tampa Bay rallied impressively in the second half and ironed out plenty of their mistakes, but it proved too little too late.

Bucs on the Defense:

There can be no disputing the defensive talent that the Bucs possess but it had been rare to get all 11 players on the field together at the same time. In fact, Tampa Bay had at least one defensive starter absent from the past 18 games.

So, when the Bucs were be able to assemble their first-choice defensive line-up, it was meant to be a big boost to their chances against the Rams. While for the most part it proved a positive for Tampa Bay, there were a few communication and cohesion issues that led to some big plays for the Rams and their wide receiver Cooper Kupp.

The first was a clear defensive mix-up as Rams QB Matt Stafford found Kupp open with a 69-yard touchdown pass in the first half. Then there was essentially the game-winning moment as Stafford found Kupp with a dagger play which set up the Rams’ 10-yard field goal inside the final 20 seconds.

Like with the offense, the Bucs defense tightened up significantly in the second half but its inability to contain Kupp on key plays contributed to the defeat.

While the Bucs could finally call on a full-strength defense, the same could not be said of their wide receivers. Chris Godwin had already been ruled out for the rest of the season after tearing his ACL in Week 15, while Antonio Brown was cut from the roster for his infamous outburst on the sidelines against the New York Jets the following week.

Highlighting Tampa Bay’s lack of depth in the position, Scotty Miller and Tyler Johnson struggled to fill the void, combining for just seven catches and 53 yards.

It left the Bucs lacking a serious threat down field and Brady averaged just 6.1 yards per attempt, even when including the 55-yard touchdown pass to Mike Evans.

What next for the Bucs?

After Brady announced his retirement, there is a massive role to fill for Tampa Bay’s next starting quarterback and the speculation has already started about who will be his replacement.

Getting that appointment correct is, of course, fundamental to how the Bucs rebuild and go again next season. Once that is settled, the team can look ahead and determine how to right the wrongs of this playoff run.